Offensive Content Warning: This page discusses issues of mental health, which, although not graphic, may be triggering for some readers. Please read at your own risk. Also, keep in mind that this shouldn't be used as just a cutesy aesthetic.

Yamikawaii (病みかわいい) is a Japanese aesthetic that was derived from Yumekawaii with a strong emphasis on sickness motifs. It is part of Anti-Kawaii which adds opposing elements to typical the kawaii style in order to leave a greater impact. As the word yami means both "sick" and "dark", it revolves around not only medical but also dark themes related to mental health.

It is often confused with the Gurokawa trend, which revolves around horror and gore, but Yamikawaii has more of shoujo spin to it with many manga-style illustrations, and is not bloody or gory.

While there are many ways that Yamikawaii can be integrated into fashion, the most common seem to be casual outfits featuring motifs with opposing elements, like cute animals with negative texts, in the form of prints. There are also many medical accessories such as bandaid hair clips, syringe necklaces, and pill bracelets due to the nature of the aesthetic.

Makeup is worn regardless of gender in Yamikawaii in order to archive a sickly look by applying pink or red blush right under the eyes instead of the traditional use on the apple of the cheeks, and is often further exaggerated by enchanting the natural eye bag line. Lips are usually kept very simple but gradients are also very popular.

The spread of Yamikawaii is often credited to have been helped by the character and manga series "Menhera-chan" in particular. It was first created in 2013 by the artist Ezaki Bisuko as a form of vent art character during his university entrance exams, but gained an unexpected amount of attention that led to an expansion into an own manga series as of 2014.

Because of the background of its creation, the story of Menhera-chan is not suitable for everyone due to its self-harm themes, and might even be misunderstood as romanticizing by those not familiar with the artist. The manga follows a group of magical girls who fight "evil spirits", which are symbolic for mental illness, in order to free people from their corruption. There's also short stories featuring the characters for the purpose of social commentary on current events in the real world.

The character and artist inspired many other people to use art as a creative outlet to break the silence regarding their suffering. However, in the recent years, there have been many critical voices accusing the artist of having lost the "mental health awareness" background of Yamikawaii in favor of his own financial gain as it was found out that he attempted to claim the sole ownership over the term by registering Yamikawaii as his trademark in 2017, followed by copyright claims against competitors.

A notable artist within this aesthetic is Kazuhiro Hori, not necessarily a pioneer in the spread Yamikawaii, but an artist of the aesthetic nonetheless. His art includes nearly all key themes and usually encompasses traditional Japanese schoolgirls in disturbing situations and often involving harmless icons, such as teddy bears, engaging in ominous or dangerous activity. He also provides an example of the aesthetic's more realistically styled art, as opposed to the very anime-styled majority.

Popular idol groups within Yamikawaii include:

VOCALOID is quite popular in this aesthetic as well. Some Yamikawaii VOCALOID producers include:

Popular solo artists under this aesthetic include: 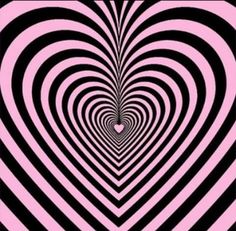