Warning: This article is only addressing the aesthetic that surrounds the Yakuza. This article may include mature themes such as gun violence and drugs. The Aesthetics Wiki is, in no way, glorifying the actions of the Yakuza, past or present. It is merely here for documentation purposes only.

Yakuza aesthetic visuals typically include either black-and-white photography or artwork depicting various activities and fashion styles of the Yakuza. Tattoos are very common traits of Yakuza imagery, and these tattoos usually consist of artwork of Japanese cultural staples or Japanese folk tales. 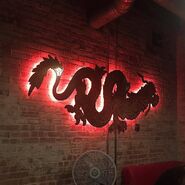 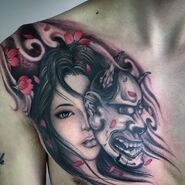