Siouxsie and the Banshees’ “Spellbound” video

Woodland Goth is an aesthetic that combines dark, romantic elements of Goth culture with light subjects like flowers or woodland animals. It has been recently revitalized by Internet culture, but has actually existed as a facet of Goth music and fantasy literature/film since the 80s. (See Elfpunk on the Mythpunk page.)

It can be considered a lesser-known, typically nameless facet of Goth (most commonly found in ethereal wave) which was and is rife with the imagery of fairy tales, folklore, poetry, ballet, and mythology in contrast to the stereotype of vampires, zombies, and horror movies. In basic terms, it’s a hybrid of fey imagery, Glam Rock glitter, and the lighter side of 80s Goth.

In America, this can be seen in Deathrock’s fixation on Greek myths, ghosts, and angels. In Britain’s Batcave scene (and the rest of Europe) it was even more pronounced, focusing on Grimm’s fairy tales, haunted woodlands, and a fixation on Celtic or Nordic lore.

The major purveyor of this in the 80s, both lyrically and visually, was Siouxsie and the Banshees, who moved from grotesque Steven King fare to the more mystical and dream-like in songs like “Spellbound”, “Red Over White”, and “Green Fingers”. (Even going so far as to filming their own version of Alice in Wonderland.)

The literary influences came full circle as the fey side of the Goth scene began to influence the fantasy, fairy tale retellings, and urban fantasy of the day. In art, Brian Froud adopted gothic visuals for the movie Labyrinth. In books, Terri Windling’s Borderland anthologies and Emma Bull’s War For the Oaks were overtly a hybrid of fae mythology with proto-Goth imagery.

The influence of this then-nameless movement-within-a-movement has persisted in literary, artistic, and musical works up into the modern era and on social media.

Elements of Woodland Goth are similar to Goblincore, Fairycore, Cottagecore, Trad Goth, and Romantic Goth. It’s also important to note that unlike Fairy Goth (on GothTypes), it’s not a cosplay-centric style and actually features modernized clothing.

Styles used by certain Woodland Goth-type bands helped to originate 90s Hippie Goth and Romantic Goth. But while Hippie Goth is often just boho clothes with dark colors and makeup, Woodland Goth tends towards Pre-Raphaelite influences and color schemes as well as the distinctive use of brocade, velvet, and glitter.

The visuals used in non-Goth dark romantic aesthetics such as Dark Mori Kei are also similar.

Often resembles dark or ghostly types of Fae, but with a punk and Goth twist. It’s also inspired by Shakespearean figures and Greek gods.

These are a few that influenced certain imagery (but were not inspired by this aesthetic, as they predated it).

Bohemian Manifesto: A Field Guide to Living On the Edge by Lauren Stover discusses Fairy Goth, which is extremely similar to Woodland Goth.

As this is a Goth subgenre, Goth music and bands are associated, particularly those that explore folkloric subject matter. The vocalists are typically unusual, banshee-esque, and even operatic in their range. It’s also common to see folk rock influences.

Ethereal wave is by far the most dominant Goth genre to find this aesthetic in, particularly from the mid-80s 4AD (and later, Sam Rosenthal’s Projekt) indie record label. Much of the artwork and photographs for the 4AD bands was done by Vaughan Oliver and Nigel Grierson, who created darkly ethereal, abstract album covers and videos. This perfectly mirrors the otherworldly soundscapes of Cocteau Twins and This Mortal Coil.

Albums such as Cocteau Twins’ Treasure, Siouxsie and the Banshees’ A Kiss in the Dreamhouse, and All About Eve’s self-titled debut are particularly important.

Similar to Dark Fairycore, but more centered on cosplay and Renaissance festivals. It has been labeled as connected to ethereal wave, but actually has more in common with non-Goth neoclassical darkwave artists such as Priscilla Hernandez and The Changelings. They typically wear full-on dark fairy costumes, complete with wings and dramatic eyeliner, and tend to be fans of the work of Brian and Wendy Froud.

Typically used to describe the styles worn by 4AD 80s ethereal wave bands such as Cocteau Twins and Dead Can Dance. They typically wore long-skirted dresses (either all-black or all-white), pearls, pink eyeshadow, and white tights. They were often surrounded by abstract, dream-like imagery, usually the photos of Nigel Grierson. (Main Wiki discusses this on the Ethereal Wave page.) 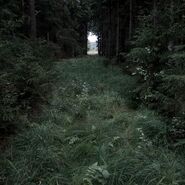 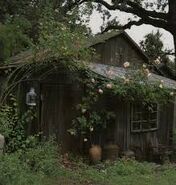