BLAST Magazine
Vorticism is a early 20th century modernist movement in British art and poetry. Its aim was to create art that expressed the dynamism of the modern world.  It was originally created in London by the writer and artist Wyndham Lewis back in 1914. Although it was based in London, it was international in make-up and ambition.

Vorticism's purpose was for Wyndham to share the abstract art of other artists. This art was shared in museums and was also shown in BLAST magazine. There were eleven participants in this. Their names were:

These artists got together to share their art with the world. Although this did not last long, they were congratulated for going outside the box with their creations. 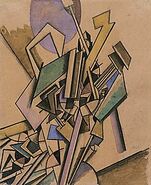 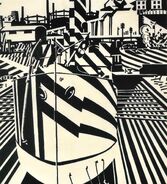