Passion, chaos or order (person decides on which side they fit more on.), changing the world around you to fit your beliefs, praising and accepting yourself

Villaincore is an aesthetic which encompasses being yourself and doing everything in your power to get what you want, by any means necessary. This, for example, might be becoming rich or famous, or getting revenge on someone who's wronged you. Villaincore is sometimes embraced by people who were wrongfully (in their opinion) seen as the "bad guy", and are now reclaiming that. Villaincore is sometimes associated to trauma, as victims can use the idea of becoming someone so powerful they would be feared (and often getting revenge) through their bad experiences as a coping mechanism.

Villaincore visuals usually revolve around darkness and the passion you carry for reaching your goal.

Villaincore outfits can be varied, as some people like to go for a "cartoon villain" style (e.g. an evil scientist), and others more as realistic villain, for example a more royal style. Villaincore outfits don't need to relate to royalty, even if they are often associated to it; it is about wearing whatever makes you feel like the one in control.

Some suggestions though, could be:

Note: Of course, instead of buying clothing specially made for a villain, you can, and are encouraged in creating and customizing clothing for yourself.

Note: If you know any online stores which sell clothing specifically clothing for villaincore or anything like it, please help by adding them here. Thank you!

Note: Some books listed may have darker themes due to the nature of the stories and characters. 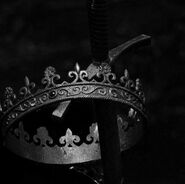 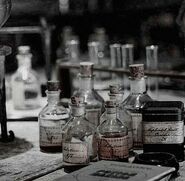