Victorian is a visual aesthetic that comprises the various fashions and trends in British culture that emerged and developed in the United Kingdom and the British Empire during the reign of Queen Victoria (1837-1901), which is known as the Victorian Era.

Note: Victorian fashion was often changing (e.g. the fashionable female silhouette completely changed from the 1850s to the 1870s). Hence, it is impossible to give one particular Victorian look, and instead, one can choose to follow the fashion of a particular part of the Victorian era, or mix and match.

Victorian homes were cluttered and full of knick-knacks. 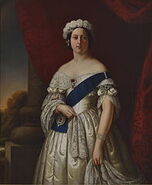 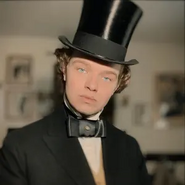