Dracula, Van Helsing, Twilight, Buffy the Vampire Slayer, Carmilla, Dracula's Daughter, Vampyros Lesbos
A Vampire is a creature from folklore that subsists by feeding on the vital essence (generally in the form of blood) of the living. They wear clothes similar to the Gothic theme, but involve capes and blood.

Vampires originated in the mythology and folklore of Eastern Europe and the Balkans region but they were not the same as what we think of as the vampire today. The most famous vampire story is Dracula by Bram Stoker, where many of the tropes and symbols - such as bats, capes, and fangs - associated with vampires today originated.

The idea of vampire hunters, also called slayers, is intertwined with the vampire myth. Garlic, holy water, crucifixes, and wooden stakes are all said to be tools capable of injuring or killing a vampire. Vampires are also commonly said to be not visible in mirrors.

In older vampire stories, most vampires were male and seduced much younger human women into becoming vampires. In more modern vampire fiction, vampires can be of any gender, with female vampires just as capable of seducing men. Child vampires are extremely rare, and when they do exist they are usually the child of an adult vampire and not a human child who was turned.

Vampire visuals will often play upon the predator/prey dynamic often associated with Vampire stories, with the "predator" often being the one engaging in the Vampire aesthetic while the "prey" will typically carry more of an innocent and naive air to them.

Vampire fashion is influenced by the styles of 17th and 18th century as well as the Victorian era. Vampires tend to dress in clothes from the era when they were turned, and look elegant but somewhat out of time. It can include any combination of the following:

Vampire literature spans back hundreds of years, from the era of Bram Stoker's Dracula to the Anne Rice's The Vampire Chronicles to the ever-controversial Twilight series by Stephenie Meyer. Seeing as the Vampire trope was born of the written word, it would naturally tie close to literature, and there would be many interpretations of vampires over the years. An example of this with lesbian subtext is the 1872 novella Carmilla by Sheridan Le Fanu.

Created in 1991, Vampire: The Masquerade is a tabletop role-playing game set in a gothic-punk version of our world, in which vampires are the main protagonists. Focusing on elements of personal horror, the vampires quest to balance their predator and immortal nature with their humanity, the game explores themes of morality, humanity and sanity in a world of supernatural, political and personal dangers.

The game brought a more modern and deeper twist on the myth of the vampire, creatures of old in a world growing colder and bleaker.

Vampire music usually include Baroque rock, Dark Ambient music, Industrial, Goth, and anything that conveys a dark and moody atmosphere.

The Lesbian Vampire aesthetic carries a lot of the Vampire tropes, but adds a lesbian subtext to the vampire/prey dynamic. It originated with the novel Carmilla by Sheridan Le Fanu.

Vampire lifestyle is a term for a contemporary subculture of people, largely within the Goth subculture, who consume the blood of others as a pastime; drawing from the rich recent history of popular culture related to cult symbolism, horror films, the fiction of Anne Rice, and the styles of Victorian England. Active vampirism within the vampire subculture includes both blood-related vampirism, commonly referred to as sanguine vampirism, and psychic vampirism, or supposed feeding from pranic energy. Vampirism and the vampire lifestyle also represent a relevant part of modern day's occultist movements. The mythos of the vampire, his magickal qualities, allure, and predatory archetype express a strong symbolism that can be used in ritual, energy work, and magick, and can even be adopted as a spiritual system. The vampire has been part of the occult society in Europe for centuries and has spread into the American subculture as well for more than a decade, being strongly influenced by and mixed with the neo gothic aesthetics.[1]

All the neck biting associated with vampires has led to vampire themed kink and erotica. Many popular Tumblr textposts about vampires make humorous references to the sexiness of biting. Posts about finding vampire boyfriends and girlfriends by knocking on the door of an ancient castle during a rainstorm are also popular. 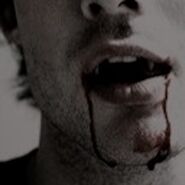 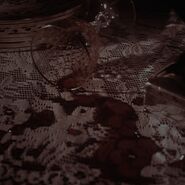 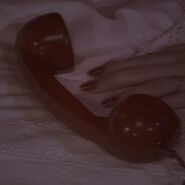 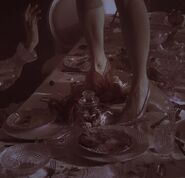 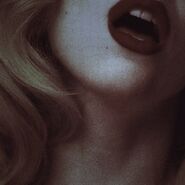 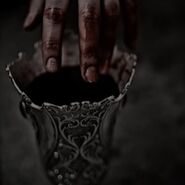 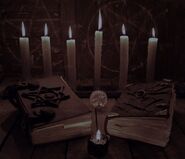 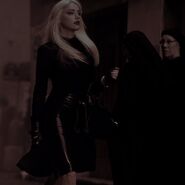 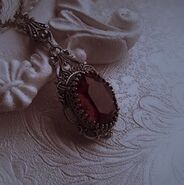 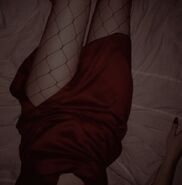 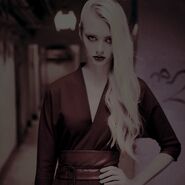 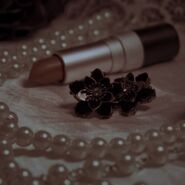 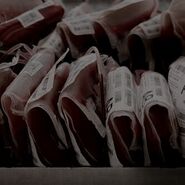 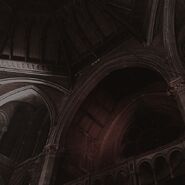 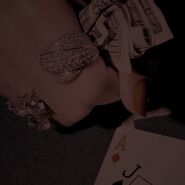 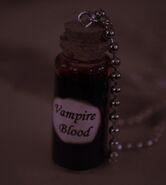 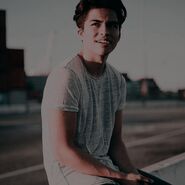 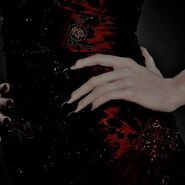 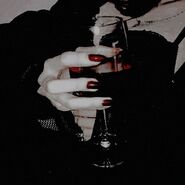 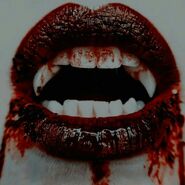 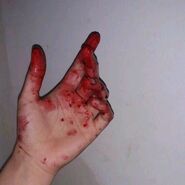 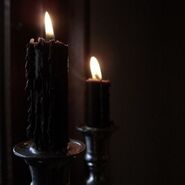