Tweencore is an aesthetic that shares some similarities with Kidcore, maintaining the nostalgic and "childish" themes, but also embodying teen spirit often associated with the High School Dream aesthetic. It tends to borrow heavily from Animecore (especially more feminine animes like Sailor Moon and Fruits Basket), Scene, and Old Web (while also taking some fashion cues from the McBling aesthetic that this was inspired by). Its aesthetic is centered around the preadolescent period of the ages of 10 to 14, so while there is certainly a lot of pink involved (like you'd expect from Kidcore for girls), it's a slightly refined usage of the color pink. There's also an emphasis on Disney Show sitcoms like Hannah Montana and Disney princesses as well.

While the characters themselves aren't tweens, the Fashion Club from Daria definitely has the Tweencore aesthetic down. 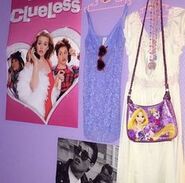 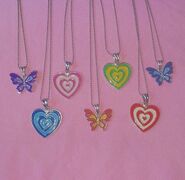 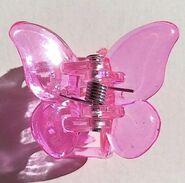 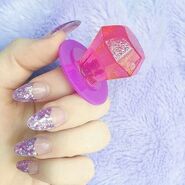 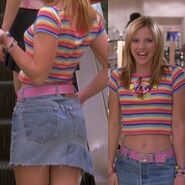