The term 'Twee', defined as a British term meaning "affectedly or excessively dainty, delicate, cute, or quaint", is the baby-talk mispronunciation of sweet and is seen in the lexicon as early as 1905. Though the term became derogatory, it was reclaimed by the indie pop music scene in the UK and US.

Fashion is heavily influenced by the styles of the 1960s and 1970s.

On screen, twee fashion tends to be influenced by the "character uniforms" common in Wes Anderson's films, a practice which was influenced by the films of Jean-Luc Godard. A young school girl, for example, wears a white blouse, pleated skirt, knee socks, and Mary-Janes.

Twee home decor is a mixture of the old and antique, and the bright and "new" (in reality retro pieces from the 1960s-1980s) and heavily influenced by the Mid Century Modern design aesthetic. Retro technology like rotary dial phones, record players, and radios frequently appear.

Twee movies tend to be coming of age stories, where a character is caught between childhood and adulthood. The main character is often an unusually precocious child or an unusually childish adult who refuses to grow up. 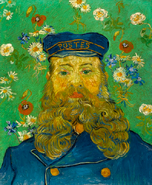 A Series of Unfortunate Events (2017) 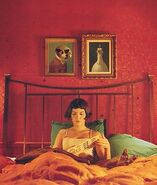 The Eleventh Doctor and Clara in Doctor Who 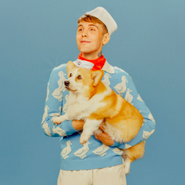