"Trill" in itself is slang that combined the words "true" and "real". It's used heavily in hip-hop and has a meaning of "genuine and authentic". Music wise, Trill music is almost impossible to specifically define. The best way to describe "Trill" music, is music that you can smoke to, listen to in the background, or listen to with friends. Some decent examples of "Trill" music is Chris Travis - Miss Me When I'm Gone and Chris Travis - Wavy World .

Here are some cover art's to get some basic ideas of the aesthetic. All song titles corresponding with cover arts are listed. 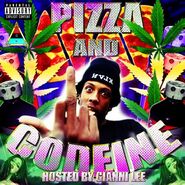 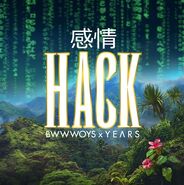 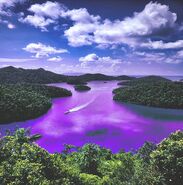 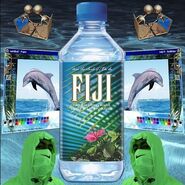 HYDRO - Fiji Tears
Add a photo to this gallery

Trillwave music is majority defined as rap/beats in the 2010s style. Other subgenres of Trillwave is R&B-Trap and Vaportrap. Featuring 1/3step hihat patterns, rough mixing with 808s and snares, and offkey instruments. Sample choice include samples from video games on the NES, SNES, PS1, PS2, and others. Other samples can be 70s jazz, 2010s trance music, amongst many others. The boom of this genre of music happened in late 2012 and ended in 2015. Listing out every trillwave/vaportrap producer would take about a decade, so I will leave this list here. This list was made by Paulon Records Amongst many others which are credited at the bottom. This chart features hundreds of producers from the 2010s who left a huge impact on the underground and shaped a lot of aesthetics still present today.

"Trillwave" combines a lot of aesthetics such as Vaporwave, Seapunk, and Junglecore. A lot of blue, purple, pink, green, and neon colors. Fiji Water, Codeine, Weed,Old Web, and Dolphins are just some examples of the aesthetics which are featured in music visual videos and cover arts. Japanese and Arabic language can also be featured on cover arts. As stated in the music portion, this "wave" of aesthetic and music has significantly died down into obscurity and is no longer talked about, and if it is, it is talked about and reminisced on as the "Golden age of Soundcloud" When the Trillwave aesthetic was booming and seemingly all over the platform. 2013-2014 is referred to as the "Golden age of the Internet" anyways, so it's fitting for people to consider the same for this aesthetic, since the aesthetic revolves so heavily around internet culture.

Retrieved from "https://aesthetics.fandom.com/wiki/Trillwave?oldid=34853"
Community content is available under CC-BY-SA unless otherwise noted.