Trenchcore is an aesthetic inspired by a romanticised version of early modern and industrial warfare (predominantly World War One). It is centred on ideas of strong bonds with your friends and standing up for causes you believe in. Common themes associated with it are loyalty, long-distance relationships (platonic or otherwise), and Vintage clothing. Trenchcore is related to other aesthetics such as Royalcore.

Visual references for trenchcore can include: 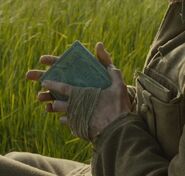 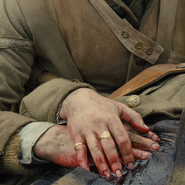