The Theatre Kid aesthetic focuses on acting and stage productions, most notably those that take place in a high school setting. Contrary to popular belief, the classification of "theatre kid" is not just limited to actors. People that are included in the theatre kid aesthetic includes:

A stereotypical theatre kid can be outgoing and eclectic. Of course, many theatre kids deviate from the expected personality, and are equally valid in their craft nonetheless.

Theater Kid visuals are broad, yet focused on all things play and musical related. Many visuals overlap with High School Dream and Theatre Academia as both are very similar. Visuals can include:

Media on theater is abundant, especially on show production. Obviously, theater kid is going to heavily focus on theater, any play or musical production can apply here. Listed are the productions that are the most common and well known. 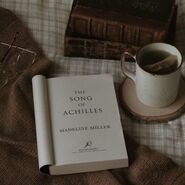 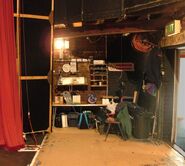