'71, In the Name of the Father, The Devil's Own, A Belfast Story, Patriot games, Africa Blood and Guts

Terrorwave, or Warcore is the aesthetic based on terrorist fashion and Western terrorism. It's popular amongst right wing communities and military aesthetic channels on Youtube. It takes most inspiration from the IRA, FLNC, PKK, and so forth. It also takes inspiration from mercenary groups like Executive Outcomes, The White Legion, 4 Commando, 5 Commando, etc.

The visuals of Terrorwave are usually dark or gray and have a vintage look where it was taken on a Polaroid camera. A VHS edit or censored faces with text are fairly common.

The fashion of Terrowave is based on a simpilistic yet tactitcal style of clothing. It includes:

Motifs included in this aesthetic

The music to Terrorwave is usually songs made by paramilitaries or are songs that usually have a anti-war message. Songs/bands included 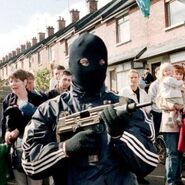 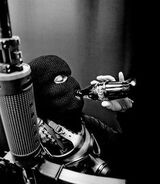 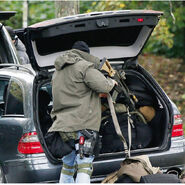 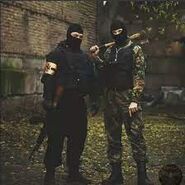 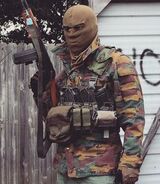 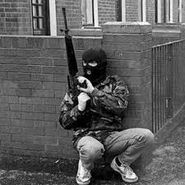 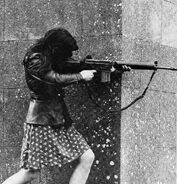 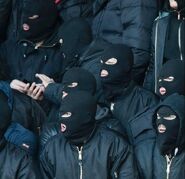