Teddy Boys made up a British subculture in the 1950s. This was led by working-class teens, many of which were involved in gangs. Girls who adopted a similar fashion were called Teddy Girls (sometimes Judies).[1]

Due to WWII, Britain's fashion industry experienced a number of problems due to rationing and massive deaths. Various men's tailors soon devised a style based on Edwardian clothing; they hoped to sell it to the young officers who were returning from war. However, it did not catch on with their target group, leaving men's tailors with piles of unsold clothing; this clothing was then sold to other menswear shops at low prices. Working-class teens soon adopted these clothes. [2]

Due to many Teddies' connections with gangs, they gained a negative reputation. Many of them were known for violent behavior, one example of this being the so-called 'Cinema Riots', where they reportedly tore up cinema seats and danced throughout the aisles. They were also blamed for a series of racist attacks by white mobs in 1958. Overall, the press used Teddies as a scapegoat that could be blamed for Britain's social problems.[3]

Teddies wore New Edwardian suits, which had tapered trousers and long jackets.[4] Bootlace ties, bright green or pink socks, and crepe-soled shoes ('Brothel Creepers') also became a part of this look.[5] Despite the classy look, their clothes tended to be thrifted.

Mary Toovey, one of the original Teddy Girls, described the fashion as “Turn-up jeans, a coat and something to tie around your neck, those were the Teddy Girl essentials. My friends and I would buy similar clothes when we shopped on the Portobello Road. It was all second hand then, we couldn’t afford new.”[6] Teddy Girls tended to look more androgynous than feminine.

While rock 'n' roll music was typically associated with Teddies, jazzy, big-band music was also a part of the Teddy subculture. The Creep, by Ken Mackintosh, was one of the first Ted-oriented records that made the charts. [7] 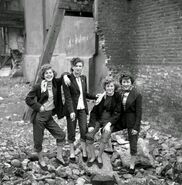 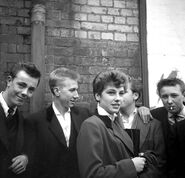 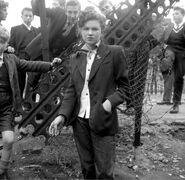 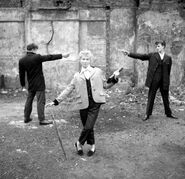 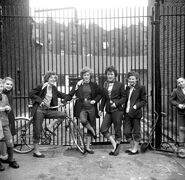