Suburban Gothic is an aesthetic based around feelings of alienation and the uncanny, usually represented in being alone in suburban neighborhoods. Common motifs include coming-of-age, familial/generational trauma, facades, and the shallowness of capitalistic culture. The motifs and photographs are American-centric, with parodies and dark interpretations of the 1950s nuclear family and 1980s economic boom. There is a heavy emphasis on the use of Liminal Space, supernatural beings, and tropes typically found in suburban culture, such as housewives and cheerleaders. Those characters and locations tend to have a dark secret as revealed in the background of the photo, such as drug addiction or infidelity to emphasize the darker nature of the restrictiveness of social norms.

Much of the modernization of this aesthetic has been defined by the director David Lynch (hence the term “Lynchian” used to describe much of Suburban Gothic’s attributes).

It’s important to note that while Lynch is a purveyor of Surrealism and the supernatural, not all of Suburban Gothic is surreal by nature. Some is even realistic, although still highly stylized.

While sharing similar traits with Southern Gothic and Midwest Gothic, there is no specific region or nation that appears prominently in suburban gothic. The aesthetic has its origins in literature, film, and television, but later gained a visual aesthetic and more examples through short bullet-pointed lists with the regional gothic trend on Tumblr in the mid-2010s.

For more, see the TVTropes page.

There is no specific music genre, but due to the heavy influence of David Lynch on this aesthetic, ethereal wave, dream pop, and dark ambient have a heightened importance and influence. This seems to be done to contrast the morbidity of the subject matter.

Dark Jazz also tends to be used in this genre. This is because Suburban Gothic has a tendency towards using old jazz or doo-wop staples, particularly if they’re made melancholy and ethereal (once again, highly similar to dream pop).

A few early Hardcore Punk, Post-Punk, Goth, and Deathrock bands embraced a similar aesthetic at times (ie Siouxsie and The Banshee’s “Happy House”). This is well displayed in the 1983 movie Suburbia. 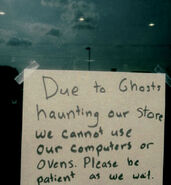 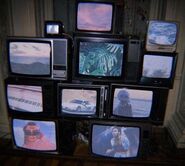 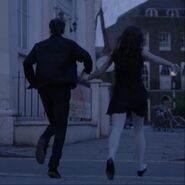 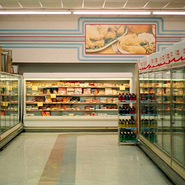 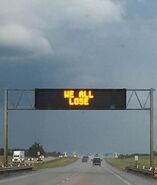 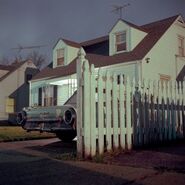