Steelpunk is a subgenre of punk that focuses on the technologies that had their heyday in the late 20th century. In a post describing Steelpunk on the SFFWorld website it is characterised as being "about hardware, not software, the real world not the virtual world, megatechology not nanotechnology. The artefacts of Steelpunk aren’t grown, printed or programmed, they’re built. With rivets."

Examples given in the post include Mad Max, Terminator, Barb Wire, Iron Man and Snowpiercer. Other writers suggest Harry Harrison’s Stainless Steel Rat series, the Heinlein juveniles and the film Sky Captain and the World of Tomorrow. [excerpt from Wikipedia]

In the same SFFWorld post as credited for the naming of steelpunk above, steelpunk is described as being "as much about dirty dystopias as it is high-chrome dreams. Start with a nice disaster, add a bit of social disorder and our interconnected technological ecosystems grind to a halt. Time to dig out yesterday’s machines. Ice Age coming? You need Snowpiercer’s allegorical supertrain. Global crop blight? Try Interstellar’s forgotten spaceship. The two main themes of Steelpunk that make it into the mainstream are Fight and Flight. Battlesuits, war machines and rampaging robots turn up again and again, as do flying cars and jetpacks... Steelpunk is all about physical power, and the gadgets and contraptions that deliver it. It’s playing with fire and having fun while it’s at it." Little other specific resources can be found about steelpunk on the web, making this a notably niche aesthetic.

Steelpunk is seen by some as a uselessly pedantic or redundant aesthetic, and is often conflated with similar aesthetics like dieselpunk, steampunk, rocketpunk, or atompunk—though its proposed alternative name, aluminumpunk, may provide clearer description for how the aesthetic varies visually from its counterparts. The aesthetic is mainly focused on the visual construction of how steel or aluminum-based elements are assembled, the revival of grand, power-focused machinery, and the speculative design of those elements. 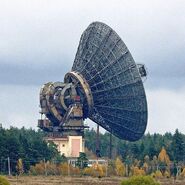