Romantic Goth, a Goth style influenced by the fashion of the Romantic Era (1800-1850) as well as Gothic literature and modern goth styles. It was born out of the 90s neoclassical darkwave and dark ambient scenes, particularly the medieval/Victorian dress and Celtic vocals displayed by bands like Requiem in White and Miranda Sex Garden.

Romantic Goth embraces a dark LARP influenced fashion, and is distinctly different from the other softer types of Goth culture (particularly Woodland Goth). It was and is mostly defined by the fashion and the musical genre, which often hybridizes with smaller sub-styles like Vampire, Fairy Goth, and Victorian Goth. It’s also closely related to Gothic literature and art’s influence on Goth music and imagery.

Romantic Goth is seen as a relatively lighter, happier form of Goth, with an emphasis on romance and expressing themselves through art, in contrast to more vampire and Victorian leaning variants of the style.

According to the Goth Types Wiki, here are some visual aspects to Romantic Goth:

Fashion under Romantic Goth may include:

Popular hairstyles under this aesthetic can contain:

Some Romantic Goth activities can include:

Romantic Goths usually tend to listen to neoclassical darkwave, dark cabaret, or operatic influenced ethereal wave with a brooding or passionate mood. Since it came out of the 90s scene, they may prefer music from this decade. Some Romantic Goth bands include: 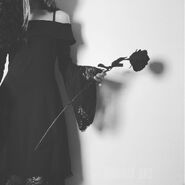 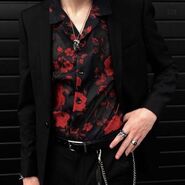 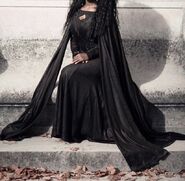