Rock is an umbrella term which categorizes a type of music. Rock music includes strong guitars, melodic basslines and brash drums. Rock music generally follows a 4/4 time signature, though the genre has diversified to mix up the sound. Rock bands typically include a guitarist, a bassist and a drummer, though other instruments have been known to be incorporated.

Originally called "college rock" after being played on college radio stations, Alternative Rock encompasses a broad range of musicians and bands that didn't catch on in mainstream stations. Today, it describes music that is more avant-garde and lesser known in comparison to more popular bands, such as Queen or The Beatles. Many of the genres described bellow fall into the "alt rock" label, such as emo, grunge, goth, and punk to name a few.

For a more in-depth description of Alternative, go to this page.

Emotional hardcore, or emo, is a genre that was born from the hardcore movement. Like it's distant cousin, punk, emo is fast, brash and loud. Emo music can be generally described as "sad" or "depressing," with lyrics generally discussing the more upsetting aspects of life, such as loss, heartbreak, peer pressure, etc. in a confrontational way, hence the "emotional" label.

For a more in-depth description of Emo, go to this page.

For a more in-depth description of Glam Rock, go to this page.

For a more in-depth description of Grunge, go to this page.

Gothic rock is a genre derivative of the post-punk movement. Gothic rock is categorized as having "scything" guitars, melodic basslines and sparse drumming. Gothic rock is naturally moody, dark and introspective of concepts such as life, disease, death and the afterlife, though it can be just about anything. Goth is an umbrella term used to label not just gothic rock, but also; deathrock, darkwave, coldwave, minimalwave and etherealwave.

For a more in-depth description of Gothic Rock, go to this page.

Hardcore punk is a derivation of punk, which began in the late 1970s and early 1980s. It takes Punk into a more intense and aggressive level while retaining its DIY ethics and key values. Primal screaming, faster tempos and heavily distorted sounding guitar are the major characteristics found in this genre[1]. Notable hardcore punk bands include Bad Brains, Black Flag, Dead Kennedys, and D.O.A.. Some popular Japanese bands include S.O.B., SS, The Stalin, and Gauze.

Hardcore punk also developed moshing, a style of dance in which audiences participate in “slam dancing.” The term was originated from Bad Brains’ lead singer, who commanded his audience to “mash” – but misinterpreted to be “mosh” due to his Jamaican accent[2]. Moshing is a form of expressing anger and a rejection to conformity. It is later enganged by fans from many genres, from metal, grunge to rap.

Created by Alice Cooper hard rock is rock that is hardcore. Often involving status quo shocking lyrics, apparel, and performances. It's music which has the goal of upsetting people particularly the parents of teens who listen. The lyrics and beats are usually loud and hit like a punch to the gut.

For a more in-depth description of Industrial, go to this page.

Born from the blues and psychedelia movements of the time, Metal music formed during the 70s. Metal is easy to define by ear, with its distorted guitars, fast drums and aggressive lyrics. Since it's inception, many subgenres of metal have formed; death metal, doom metal, thrash metal, glam metal, symphonic metal, gothic metal, and nu-metal just to name a few.

For a more in-depth description of Metal, go to this page.

For a more in-depth description of Post Punk, go to this page.

Post-Rock is the fusion of the roots of rock with more artistic and experimental methods, as well as with other genres of music. Gaining popularity with the indie scenes of the 1980s and 1990s, Post-Rock is often paired with genres such as jazz, electronic, and ambient. Post-rock mainly focused on the timbre and atmosphere of sound, evoking emotions ranging from melancholy and desolation, to grandiose and even apocalyptic. Post-rock is mostly well known as being atmospheric, with bands such as Godspeed You! Black Emperor and their notable albums that focuses on vast ambience with repetitive crescendos and sombre tone. Other notable bands from the Post-Rock genre include Sigur Rós, A Silver Mt. Zion, Mogwai, Talk Talk, and Slint.

For a more in-depth description of Post Rock, go to this page.

Progressive rock is a broad genre of rock music that developed in the United Kingdom and United States throughout the mid- to late 1960s. Additional elements contributed to its "progressive" label: lyrics were more poetic, technology was harnessed for new sounds, music approached the condition of "art", and the studio, rather than the stage, became the focus of musical activity, which often involved creating music for listening rather than dancing.
Notable musicians of Progressive Rock include King Crimson, Yes, ELP, Rush and Genesis.

For a more in-depth description and reviews about Progressive Rock, visit this external website.

For a more in-depth description of Psychedelic Rock go to to this page.

For a more in-depth description of Punk, go to this page.

Slowcore, as the name suggests, is characterized by slower tempos, melancholic themes and minimalist arrangements[5]. It is a subgenre of alternative rock emerged in the early 1990s. It stood as an anti-thesis to the vigorous spirit of Grunge. Thus, it ended under a decade along with the downfall of Grunge. Lately, Slowcore came back to prominence thanks to the internet[6].
Slowcore, unlike its counterpart Sadcore, centered more on musical aspects, rather than on the lyrics. It's not surprising that many Slowcore bands produce instrumental tracks. Slowcore is often confused with Post-rock since the precursor of this genre, Codeine, was also considered as Post-Rock on some accounts[7].
Artists associated with this genre include: Codeine, Low, Red House Painters, Duster, Idaho, Spain. Some of the bands overlaps with Dream Pop such as Galaxie 500 and Spiritualized due to their dainty atmosphere.

Soft rock is a derivative form of pop rock that originated in the late 1960s in the U.S. region of Southern California and in the United Kingdom. The style smoothed over the edges of singer-songwriter and pop rock, relying on simple, melodic songs with big, lush productions. Soft rock was prevalent on the radio throughout the 1970s and eventually metamorphosed into the synthesized music of adult contemporary in the 1980s. 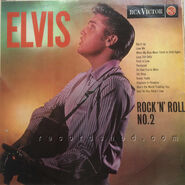