Originating on social media apps like Tumblr and Instagram in the late 2010s , Ratcore tends to intersect with other aesthetics such as Goblincore, Pigeoncore and Bastardcore. A lot of Ratcore photos are of people's pet rats or edited stock photos. Ratcore tends to have a "creepy-cute" aspect to it. This especially is prominent when visuals have soft colors, cute imagery, glitter, etc, as throughout history rats have been associated with disease, darkness and filth. Sometimes Ratcore is portrayed as having a very chaotic aspect to it because of the "rabidness" and wilderness of the small animal.

Ratcore is often associated with memes and reaction images. Though the aesthetic's followers and participants are rat enthusiasts, the aesthetic does often have a tongue in cheek element. Memes featured in Ratcore may include Rats, we're rats; we're the rats and Rato Dorime. 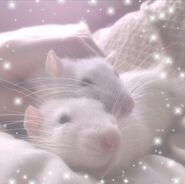 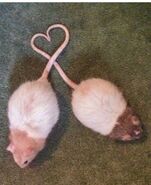 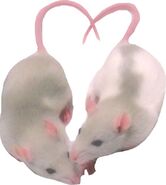 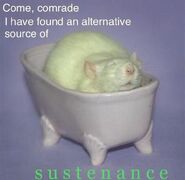 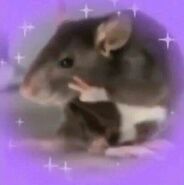 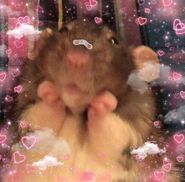 Retrieved from "https://aesthetics.fandom.com/wiki/Ratcore?oldid=23776"
Community content is available under CC-BY-SA unless otherwise noted.