R&B visuals can vary, however neon lights and red, purple, blue and pink LED lighting are not uncommon. R&B visuals usually have a slight sensual feel due to the fact that a lot of the music is about love,as well as heartbreak and other strong emotional topics.

Are & Be by Spotify

Contemporary R&B is a form of music that emerged in the US in the early 1980s. The style mixes the vocal techniques associated with earlier R&B genres and Disco, with a form of synthesized and smooth production characterized by lush arrangements, and electronically programmed rhythms sometimes influenced by Hip Hop. Contemporary R&B has been intrinsically connected to the rise of certain forms of Pop music, and to pop music in general. Contemporary R&B sticks to typical pop songwriting and is almost universally based in verse-chorus structures. Lyrically, the genre is nearly always about love, romance, and relationships, though many artists have written songs discussing other subjects.

The roots of the genre go back to the late disco era, when producer Quincy Jones created a more eclectic and smoother sound that was still derived from disco, but already presented a departure from it. The resulting album, Off the Wall, served as an important early point for the genre. Hip hop became an increasingly prominent influence in the genre throughout the 1980s, both in production and the later incorporation of rapping. This influence was manifested in New Jack Swing in particular.

The sound of contemporary R&B underwent changes in the late 1980s and early 1990s as the earlier reliance on synth-heavy production was replaced with dominant influence from newer hip hop styles like Boom Bap. Neo-Soul emerged in the mid-to-late 1990s in the US and the UK, characterized by the incorporation of 1970s Soul influences and other older Afro American genres onto a palette of hip hop and contemporary R&B production.

Contemporary R&B enjoyed a period of massive commercial success and popularity in the 2000s. The genre became frequently mixed with Pop Rap, Dance-Pop, and Electropop, in addition to other forms of popular music. The deliberate use of auto-tune, which would become much more widespread in the 2010s, was also introduced then.

The 2010s introduced a number of new prominent influences in R&B production, from the rhythms of Trap and certain post-Dubstep trends to the growing popularity of 2010s Electronic Dance Music genres in mainstream music. The former partially resulted in the emergence of Alternative R&B. The growing popularity of trap music was further manifested in the music of many popular artists, who utilized the genre's rhythms for their singing, with many other trap artists creating seamless blends of both genres. While many artists from the decade attempted to create more futuristic, colorful R&B music with heavier electronic elements, the 2010s also saw a prominent nostalgia wave that revived 1980s production styles.

Contemporary R&B's global influence has resulted in its sustained influence over many other popular music genres, including Afrobeats, Dancehall, Reggaetón, amongst others. Despite that, the main center where most popular R&B musicians originate from remains firmly rooted in the Anglophone world.

Alternative R&B is a movement of R&B music that began around the late 2000s that deviates from the traditional styles, timbres and sometimes subject matter of Contemporary R&B.

A typical alternative R&B song features subtle, smooth, and reverberated production, heavy bass and often reverberated vocals. The sounds are often linked to Dream Pop, Future Garage, and UK Bass for their reverberated, airy, and bass-heavy sound. Many releases by alternative R&B artists have tracks that were produced by UK bass and future garage producers, such as Jessie Ware's single "Running", which was produced by Julio Bashmore, and Jamie Woon's single "Night Air", which was co-produced by Burial. In some cases, such as Jai Paul and The Weeknd, producer/singers also sing over their own produced music in an R&B style.

The subject matter and lyricism of alternative R&B is sometimes more vague and more varied than that of the often strictly love and sex themed contemporary R&B parent genre. Some themes may include but are not limited to drugs, spirituality and personal philosophies; however, themes of sex and love are still often the focal point of most lyrical content in the genre.

development of PluggnB with a complete departure from plugg (even trap) rhythmic content. the genre was popoularized by rappers in the SOS collective, mainly 10kdunkin and Tony Shhnow, and producers niko east, and diordaze. releases are often lumped in with the pluggnb scene despite this style being a departure from trap form entirely.

the many styles which encompass "pluggnb" are different departures from the initial xangang sound, with each scene incorporating "r&b" in different ways. the departure which focuses on cheap-sounding vst leads, and extended chords has now led to this sound, which pretty much drops plugg entirely. it's also not certain whether "r&b beats" will stick as a name, its whats used by some producers though.

(needs to be developed) 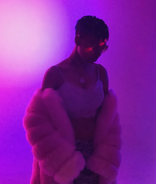 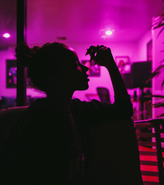 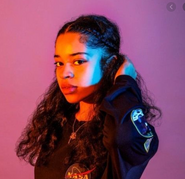