Psychedelia refers to psychedelic art, psychedelic music and the subculture that originated in the psychedelic experience of the 1960s, by people who used psychedelic drugs such as LSD, mescaline (found in peyote) and psilocybin (found in magic mushrooms). Psychedelic art and music typically recreate or reflect the experience of altered consciousness. Psychedelic art uses highly distorted, surreal visuals, bright colors and full spectrums and animation (including cartoons) to evoke, convey, or enhance the psychedelia experience. Psychedelic music uses distorted electric guitar, Indian music elements such as the sitar, electronic effects, sound effects and reverberation, and elaborate studio effects, such as playing tapes backwards or panning the music from one side to another.

Advances in printing and photographic technology in the 1960s saw the traditional lithography printing techniques rapidly superseded by the offset printing system. This and other technical and industrial innovations gave young artists access to exciting new graphic techniques and media, including photographic and mixed media collage, metallic foils, and vivid new fluorescent "DayGlo" inks. This enabled them to explore innovative new illustrative styles including highly distorted visuals, cartoons, and lurid colors and full spectrums to evoke a sense of altered consciousness; many works also featured idiosyncratic and complex new fonts and lettering styles (most notably in the work of San Francisco-based poster artist Rick Griffin). Many artists in the late 1960s and early 1970s attempted to illustrate the psychedelic experience in  paintings, drawings, illustrations, and other forms of graphic design. In the modern era, computer graphics may be used to produce psychedelic effects for artwork.

The fashion for psychedelic drugs gave its name to the style of psychedelia, a term describing a category of rock music known as psychedelic rock, as well as visual art, fashion, and culture that is associated originally with the high 1960s, hippies, and the Haight-Ashbury neighborhood of San Francisco, California. It often used new recording techniques and effects while drawing on Eastern sources such as the ragas and drones of Indian music.

Psychedelic rock is a subgenre that was influenced by the effects of LSD. Psychedelic rock was about depersonalization, and a sense of having your head in the clouds. Psychedelic aimed to evoke euphoria, and became synonymous with peace movements. Bands with this label ranged from Cream and The Jimi Hendrix Experience, to later Beatles, The Doors and The Rolling Stones. Psychedelic rock become popular within hippie groups, especially during events such as the Summer Of Love during the 70s, therefore being associated with the Vietnam War era. Unfortunately, the Vietnam War would continue on, and so psychedelic rock quickly stagnated as other genres replaced it. Regardless, psychedelic rock would be influential, and would surprisingly go on to be one of the main influences of the heavy metal subgenre. Today, psychedelia still lives on as a genre (eg. neo-psychedelia), though it is not as popular as it once was. 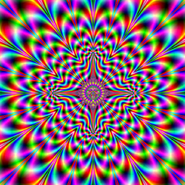