hunting, foraging, survival, being one with nature

the croods, the land before time

Prehistoricore is the aesthetic of prehistoric life, such as dinosaurs, ancient flora and early man. It differs from the established paleocore because it is the aesthetic of prehistoric life and environment itself, rather than the study of it. Common imagery of Prehistoricore includes dinosaurs, mammoths, jungles, "cavemen", saber-toothed tigers, cave-paintings, and bones. This time period's aesthetic has been present in literature, film, and even fashion since the early 20th century.

Prehistoricore fashion is most commonly worn in the form of Halloween constumes based on charicatures of early man. 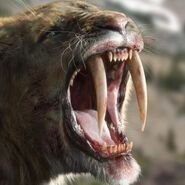