Punk, Emo, Goth, New Wave
Post-Rock is a genre of music which, unlike regular rock music, does not focus on riffs, lyrics and melody, as but much more on drones, harmonies, sound texture and evocating the feeling that it's the end of the world but it's also okay because Some Mysterious Grand Light is coming to save us all from ourselves. That's what post-rock is about. Bands often have long names and even longer songs with dark, apocalyptic, but also cathartic moods. This genre of music usually has no lyrics, but lyrics can be used to evoke a symbolic and darker meaning when further investigated.

Important bands in the genre include:

Here are some example songs from the genre.

Post-rock aesthetics seem similar to Goth and Emo. Beyond their melancholic, downbeat nature, and their preference for black, these similarities are however superficial. As a rule, Emo and Goth are more angsty and depressed, while Post-rock is more cathartic and submissive.

Post-rock visual and musical aesthetic often focuses on evoking a feeling that is both apocalyptic yet reassuring at once, both soul-crushing yet liberating. 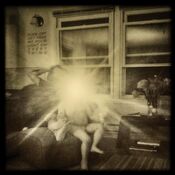 Three Silver Mt. Zion Memorial Orchestra - Fuck Off Get Free We Pour Light On Everything 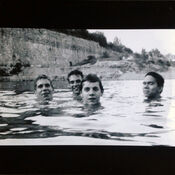 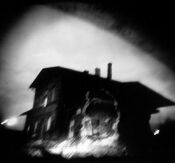 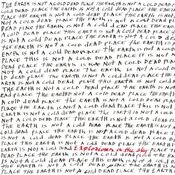 Explosions in the Sky - The Earth is not a Cold Dead Place
Community content is available under CC-BY-SA unless otherwise noted.
Advertisement