The Post-Apocalyptic aesthetic is an aesthetic based off of the idea of a post-apocalyptic world. The apocalypse event may be climatic, such as runaway climate change; natural, such as an impact event; man-made, such as nuclear holocaust; medical, such as a plague or virus, whether natural or man-made; or imaginative, such as zombie apocalypse or alien invasion. The story may involve attempts to prevent an apocalypse event, deal with the impact and consequences of the event itself, or may be post-apocalyptic, and be set after the event. The time frame may be immediately after the catastrophe, focusing on the travails or psychology of survivors, the way to maintain the human race alive and together as one, or considerably later, often including the theme that the existence of pre-catastrophe civilization has been forgotten (or mythologized). Post-apocalyptic stories often take place in a non-technological future world, or a world where only scattered elements of society and technology remain.[1]

Visuals in post-apocalyptic worlds can vary based on the timeline and cause of the disaster. Typically, most visuals may include:

Fashion in post-apocalyptic scenarios are based on what is needed for survival and what one can carry without too much effort. On the other hand, the aesthetic community focuses on how proper clothing can be styled. Fabrics can be light and breathable or heavy and warm depending on the season and the ability to have free movement is key. The most important element of post-apocalyptic fashion is protection from elements, especially if battle or inclimate weather is abundant. 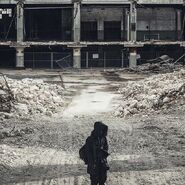 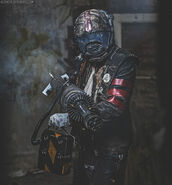 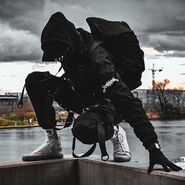