Not to be confused with the Playboy brand, often associated with the Baddie aesthetic.

The Playboy aesthetic revolves around the aesthetics of the jet-setting playboy lifestyle. It could be viewed as a Brocore colored variant on the Boujee aesthetic with it's own unique tone and spin on things. Living life to the fullest in the most flashy ways possible, fast cars, tailored suits, traveling the world, the list goes on. At it's core the Playboy aesthetic is very hedonistic, though this too may vary.

Visually, the Playboy aesthetic features luxury goods such as yachts, sports cars, mansions, private jets, beautiful women, and in very rare instances where the Playboy aesthetic can get a little dark, copious amounts of drugs, shared between himself, his friends, and his company for the evening. For a Playboy aesthetic with a slight retro flair, you might see the common Playboy tropes paired with Synthwave aesthetics (Miami Vice's Sonny Crockett being a prime example of this aesthetic in action).

As far as locales go that can be associated with the Playboy aesthetic, while these can differ from one another, the Tropical aesthetic is a particularly popular setting for Playboy visuals, though that won't stop it from delving onto Swiss ski slopes for a more Wintery flavor of Playboy with a roaring fire in a private cabin with a beautiful woman by your side. There is also a celebration of the night life, where a Playboy could be seen at a high-end club partying and having a good time with friends in the VIP Lounge.

Fashion-wise, a lot of the Playboy aesthetic can be considered a masculine-coded variation of what would be popular in the Boujee or Corporate aesthetics, with nice suits, smoking jackets, and designer-brand clothing to show off their truly opulent and glorious lifestyles. However, while suits in the Corporate setting are meant to show an air of professionalism, suits in the Playboy setting serve as more of a status symbol than anything, to show the world their perceived value as a top performer in their given industry and as something for young boys to aspire for when they grow up.

Playboy refers to men. The closest female equivalents are socialites, or the Boujee aesthetic, but can be Femme Fatale if pushed to extremes.

The Homme Fatale takes the old spy movie aesthetic to the extreme: guns, cocktails, women, hitmen and sometimes even criminality. This variation of the Playboy aesthetic includes more of an element of danger to it, as the Playboy lifestyle could be a means to an end (as seen in prime examples of the Homme Fatale aesthetic in action: the James Bond movies and Kingsmen) or as the ultimate perilous and eternal balance between business and pleasure.

This subgenre take the hedonistic lifestyle and ramps it up to max, while also keeping a strong hustle-culture. As a subgenre it takes a much greedier and amoral approach to life and is heavily inspired by movies like 2013's The Wolf of Wall Street (starring Leonardo DiCaprio) and 1987's Wall Street (starring Michael Douglas). The motto of a Wall Street Playboy is best summed up by the character Gordon Gekko from the aforementioned Wall Street: Greed is good.

The Dark Playboy aesthetic leans into the more sinister and narcissistic side of the aesthetic. Violence and wealth are key motifs. A popular example of this aesthetic in action is Christian Bale's Patrick Bateman from the 2000 film American Psycho, where they will often use the facade of the Playboy aesthetic to hide their psychopathic impulses.

Usually a non-white wealthy man from India, African, or the Middle East. In fiction the country is usually entirely fictional. If he’s not royalty, he might be an Arab Oil Sheikh. [1] 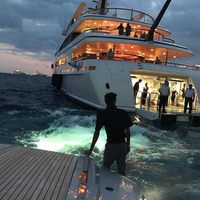 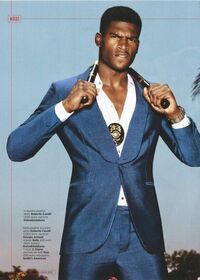 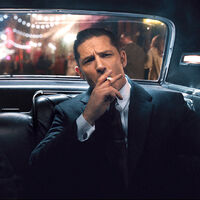 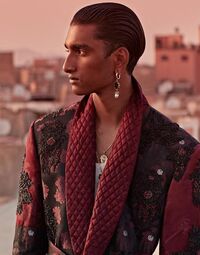 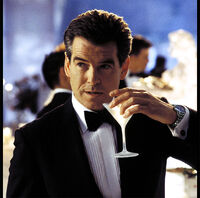 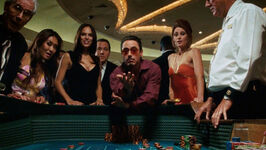 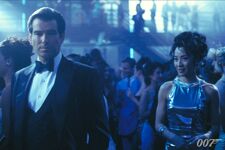 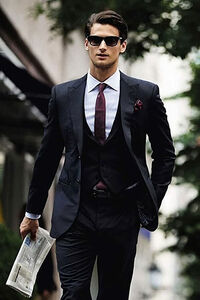 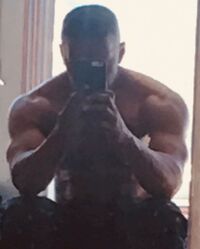 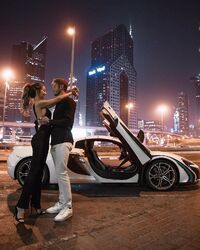 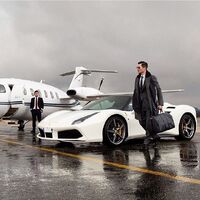 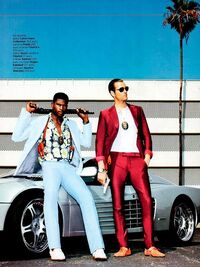