(This article is under construction)

Peoplehood is an aesthetic on tumblr (currently) that revolves around the mundane acts of kindness and intimacy that are present in daily lives shared with the people surrounding them. The community surrounding that aesthetic stems from a shared admiration for poetry, quotes from literature, music, and artworks that are circulated via reblogs on tumblr. There is heavy emphasis on creating connections between certain imagery and motifs through creating moodboards and compilations/parallels/web-weaving (explained below). Certain works have become incredibly well-known and venerated in those circles, with those being the subject of many compilations and even memes. Some of the most popular include: "The Orange" by Wendy Cope, multiple Ocean Vuong poems, and "The Two-Headed Calf" by Laura Gilpin.

Peoplehood is a continuation of the yearning culture present in Dark Academia and Cottagecore communities, as well as the sentiment present on TikTok about being the "main character" in one's own life and the necessity of romanticization for positive mental health.

Many of the photos and videos popularized in the community were taken without the knowledge or consent of the subjects involved, which is a violation of privacy. The most popular example being the TikTok of a phone placed onto a conveyor belt-style sushi restaurant, with the practice then being banned. 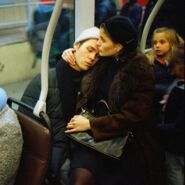 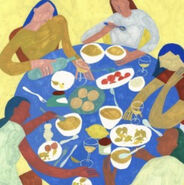