Old Web's philosophical heart yearns for the days of uninhibited individualism of the old web, before the internet became streamlined and social media monopolized how people communicated, and web graphic design developed a stricter set of rules for the "dos" and "don'ts" for the sake of accessibility and marketing.

Many Old Web screencaps and gifs come from archived GeoCities websites made by amateur coders and animators. The limited nature of the internet contributed to old web graphics being a bit rough around the edges. Harsh website design choices, clunky animations, and pixel art are all defining traits of the old web aesthetic.

Another main visual aesthetic that this category follows is the rounded blue edge windows that old software on Windows XP archived, the sharp looking windows that software appeared on Windows 95/98, or the transparent background that Windows Vista is much known for (in terms of looks).

This may also include early 3D examples from Windows' screensavers or commercial, ads for any of Microsoft's product or even software that characterized the old Windows OS's.

Cameron's World is a website put together to celebrate this aesthetic. Gifcities is a website where you can search for gifs that used to be on GeoCities, or fit that style.

newagesoldier is a website that contains Windows 10 themes for Window 95, 98, XP, Vista and 7.

Old Web, musically, relates itself audibly to Vaporwave, since usually the people who follow this aesthetic are in major part responsible for the Vaporwave movement.

There's a genre that people who follow this aesthetic have created: The mockup bootup/shutdown screens.

Old web music can also be music that first gained popularity in the golden days of YouTube, mostly music that has a resemblance of the old web such as: 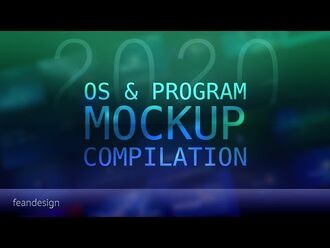 Some potential activities and hobbies of the Old Web aesthetics include going to old webpages and using old avatar chat programs (like the infamous Worlds.com; an old chatting program that is largely abandoned these days save for a dedicated group of people who act like a Satanic cult to mess with newcomers who come in). For those REALLY adventurous individuals in Old Web, there's always traveling the Deep Web, but be careful where you go on the Deep Web lest you stumble upon some potentially illegal content (though, to dispel the myths, no, not every website on the deep web is a hub for illegal pornography, hiring hitmen, and buying drugs, there are plenty of innocent sites on the Deep Web). Even with this note aside, please take caution while exploring the Deep Web. Do not click any suspicious links and use an antivirus software.

Other Media and Games

ENA, the protagonist of the webcore series of the same name.

Homestar Runner and Strong Bad, the main characters of the webcore series of the same name.