Chanel, Goop, Gucci, Louis Vuitton, Versace
New Money is heavily influenced by consumerism and striving to look wealthy. True New Money is earned through salary, business profits, and/or investments. Because of this, people with New Money can actually be much wealthier than those with Old Money, even as far as being billionaires!

Unlike Old Money, it does not have an easily definable style, as New Money follows trends and is constantly changing. The youngest generation of an Old Money family (usually teenagers or young adults) might be closer to New Money due to conditions of inheritance and their desire to follow trends or rebel against their older relatives.

It is important to note that some people may look New Money wealthy but are in reality middle class people attempting to look rich, which is Boujee.

New Money is looked down upon by Old Money and Preppy people, usually for being attention seeking. Extreme loudness, thrill seeking, flashy jewelry, and spending sprees are also common among New Money. Those with New Money tend to fall under suspicion due to how quickly the person becomes successful. It may turn out that the money was earned in a less than legal way.

In the 2010s, the Rich Kids of Instagram trend led to robberies as well as investigations into the finances of the "Kids" parents.

New Money is difficult to define as an aesthetic. It is visually striking, which can manifest in several ways:

Excessive amounts of gold and gold plated items, especially things that are not usually gold plated, like toilets. Food with gold leaf is popular. Versace is brand which uses this style. Many people consider it gaudy.

This is the jet set lifestyle - private jets, yachts, vacations in Monaco. Visuals are similar to Boujee - gold, diamonds, expensive champagne. Males can exemplify the Playboy aesthetic. Most common among musicians and athletes.

Color palette is neutral: gray, black, white, and tan, with primary colors used as accents, especially red. Furniture is usually mid-century modern and paintings and sculptures are Cubist. It is more masculine and common among men who made their money in Silicon Valley or on Wall Street.

Most wealthy athletes, musicians, and politicians are New Money. Although it often said that New Money billionaires and millionaires are "self made" people, they hardly ever started from poverty, instead relying on loans from wealthy parents or investors to start up their businesses.

The New Money aesthetic is popular in advertising, as it uses much more visible signs of wealth than other wealth related aesthetics like Old Money. Less obvious are the bohemian influenced (think Gwyneth Paltrow's Goop) and minimalist influenced New Money visuals.

needs to be sorted: 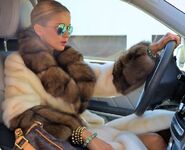 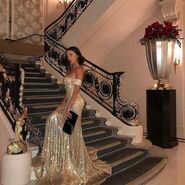