Neo - Vikings better known as Space Vikings is an aesthetic that mixes, as its name suggests, elements of Viking culture with modernity or science fiction ( more the second than the first ).

It is not known who its creator was. But the earliest work of this aesthetic was done by the writer Henry Beam Piper in his 1963 novel title Space Viking. From whom the aesthetic takes one of its names.

This aesthetic would become popular in the early 1960s, especially after the release of Henry Beam Piper's novel Space Vikings and the well-known series Lost In Space, which would release an episode that mixed space and Nordic mythology in 1965. But as it became popular, it fell rapidly in the oblivion.

It would not be until the early 2010s, that it would reappear, with the "alien" interpretation made by the Marvel Cinematic Universe after the release of the first Thor movie.

Similar to Neo-Romanism, the Space Vikings have been heavily influenced by the Space Romans trope. The big difference is that in these cases, in most cases, it is not an alien culture similar to those that existed on Earth. But of a resurgence of these cultures in a distant future where humanity has gone deep into the cosmos. Or in some media ( Like Assasin's Creed Valhalla ) , an interpretation of Norse mythology under the Ancient Astronaut theory.

There is a project to create an all-space first nation, known as Asgardia. And because of where the name comes from, it is speculated that it would have a lot of Nordic influences in its culture.

Since the revival of this aesthetic from the 2010s. Nordic neo-paganism was mixed with this.

Regarding the music, they have already made of mixing traditional Nordic music with futuristic elements. The best example of this has been created by Dovydas.

The visuals of this aesthetic, consists mainly of a mixture of Science Fiction elements with Viking elements, not historical but more along the lines of the romanticization that occurred in the 19th century ( A clear example of this is the MCU ) giving a feeling of something between mystical and futuristic. 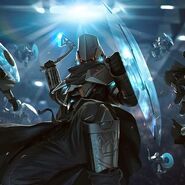 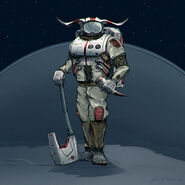 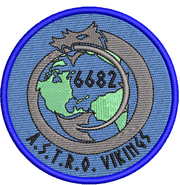 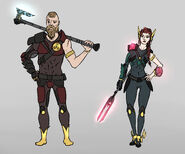