Roman and Greek culture. A mixture of modern and classical.

Colours used by the Romans during the final stage of the Roman Republic and the golden age of the empire.

Return to the classical values of ancient Rome and Greece, but without disregarding certain modern benefits

Neo-Romanism is an aesthetic influenced by Bronzepunk, Sandalpunk, Neoclassicism, Futurism and Renaissance, among others. It is also the judicial system that governs many 21st century democracies.

Neo-Romanism began to boom with the popularization of neo-pagan religions such as Hellenism and the Roman Way at the end of the 20th Century, which have influenced its "romantic" vision of those times.

On an artistic level, movements such as the Renaissance and Neoclassicism.

Its great difference with these two aesthetics consists mainly in how they present technology, looks, architecture and culture. Since Neo-Romanism is much more attached to the present or Science Fiction, with influences from Greek and Roman cultures, than a retro-futuristic vision of how those societies would have advanced.

Neo-Romanism has not only extended to art or judicial systems. It has also acquired political overtones, with projects such as the Nova Roma organization: an international organization of admirers of the culture of Ancient Rome, claiming to be a nation of modern Romans with the administrative structure modeled on the institutions of the Roman Republic. Nova Roma explicitly states that they are not a micronation, but a civitas or res publica. Their organization, however, fits all the requirements to be classified as such.

Another Neo-Roman micronation project that stands out (especially in the Spanish-speaking world) is the so-called Republic of Tiberia.

The Neo-Romans call for a return to the classical values of ancient Rome and Greece, but without disregarding certain modern benefits. They simply consider that the excessive invidualism or collectivism of modern European societies of the 20th and 21st century has been more harmful than beneficial and is what has led these societies into a state of decadence. And to avoid a new Dark Age and for Humanity to prosper they must return to those values that once made them great. In this case, that of one of the most influential cultures, Ancient Rome.

Among the activities of Neo-Romanism, the following stand out:

The Neo-Romanism aesthetic has its own music, which is a sub-genre of Bardcore, known as Ancient Bardcore. It recreates contemporary music in the style of the Ancient Ages.

Also, Low Bap, a sub-genre of Hip-Hop that emerged in Greece, Greek Lo - Fi Hip - Hop and Ancient Hip - Hop could be considered part of this aesthetic.

Neo-Romanism also reached the world of fashion. With companies such as Dolce Gabanna creating clothing collections inspired by the fashion of Byzantium (Eastern Roman Empire).

On an artistic level, as is obvious beyond his influences of the Renaissance, Neoclassicism and the classic world. On the Internet, the Neo-Roman art looks quite influenced by Vaporwave (particularly because of its use of works belonging to the Renaissance) and Hustlewave using the aesthetics of the first and the positivism of the second in order to encourage a return to the values and culture of Ancient Greece and Rome. In that aspect, it may also be reminiscent of how Fashwave and Sovietwave is used as propaganda.

Neo-Romanism has also reached the world of sports. With companies like the startup Unified Weapons Master wanting to "resurrect" gladiator fights, but in an modernized way.

Neo-Romanism has also reached the world of cuisine, as there is a restaurant known as Toro. It is characterised by its Pan-Asian / Latin influences when it comes to its food.

Although it does not have a defined ideology, the Pan-Latinism ideology is considered part of the aesthetics and the movement, as it has influenced many of its members.

Like the anarcho-frontierism and their aesthetics known as Space Cowboy. They support the idea of transhumanism, but with certain limits.

Although there is freedom and many types of cults, within Neo-Romanism, there are four main groups: Roman Way (those who try to recreate the Ancient Roman religion as faithfully as possible) Hellenism, Cult of Mars ( Inspired by the Cult of Mars from the fictional universe of Fallout ) [ See Khorne ideology for more information on movements, cults, ideas, etc...Very much based on fictional counterparts ] and Christianity ( Though not so much like the modern branches, but more inspired by early Christianity ). 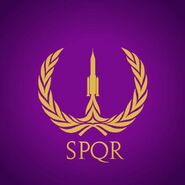 Territories claimed by Nova Roma (circa 2011) 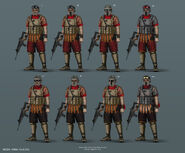 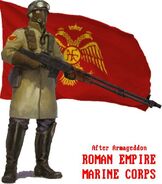 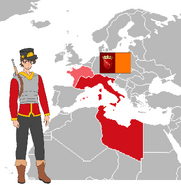 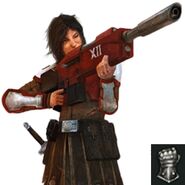 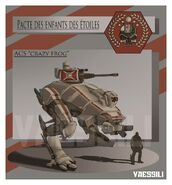 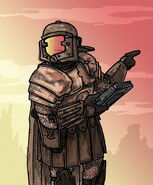 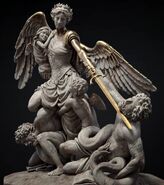 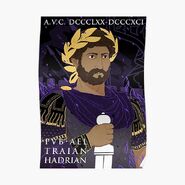 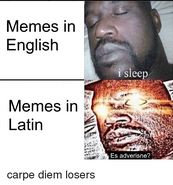 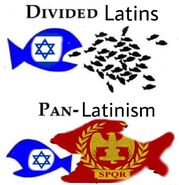 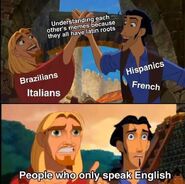 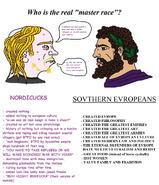 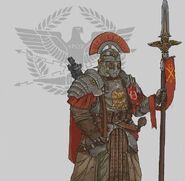 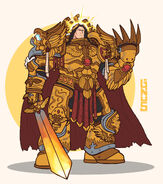 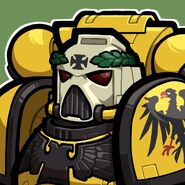 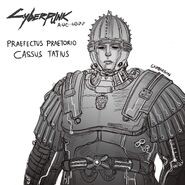 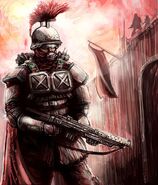 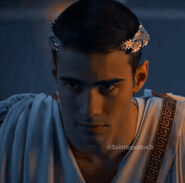 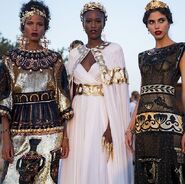 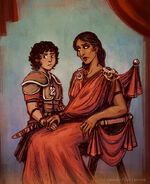 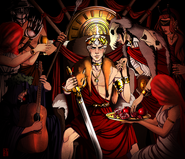 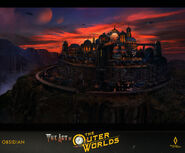 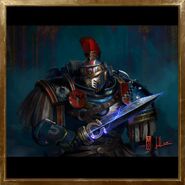 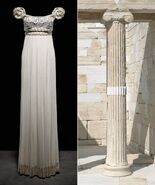 Fanart / Interpretation of Hecate, the leader of the group of the Daughters of Hecate which mix Native American aesthetics with Grecoroman, South American tribal and post - apocalyptic 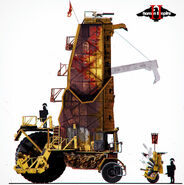 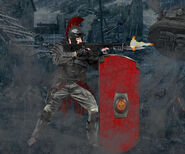