Musical Academia is an aesthetic involving the art and education of music theory, culture, creation, and learning instruments and vocal techniques. These subjects coincide with Theatre Academia in the form of musicals. Musical Academia is not strictly adherent to school curriculum, as self-teaching may be just as effective and valid within the aesthetic.

Visuals for musical academia lie on a broad spectrum. This can include:

Musical Academia is open to interpretation, as it does not base itself on one genre of music. It can vary by culture and genre, as it is the education and knowledge of the music itself that is important to the aesthetic. Appreciation for all music is not necessary, as certain genres may be more appealing to an individual, in which case other music related aesthetics can be combined specifically for that person. For example, musical academia can be mixed with grunge to achieve an aesthetic similar to Kurt Cobain.

Music Academia can be applied to a variety of music genres as previously stated. Although, traditionally, certain genres and songs are commonly used for practicing instruments and are well known to music students. Each instrument, family, style, and genre has its own list of standards that everyone who considers themselves a musician of that type must, or at the very least should, know how to play. For this reason, it is nearly impossible to compose a list of songs that encompass all of musical academia. The list of standards for someone who plays jazz vibraphone versus someone who sings opera is going to be different and so on. However there are some standards that most musicians know, whether or not they intend to play them.

Songs/pieces include (but are not limited to):

Musical Academia covers such a broad topic that it is difficult to limit to a certain dress code. Musical Academia can include anything from self taught musicians to band students and etc. Commonly associated with Musical Academia would be the fashion that one would wear to see or perform in a recital, concert, or other performance.

Styles can include, but are not limited to: 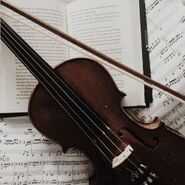 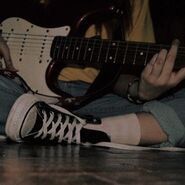 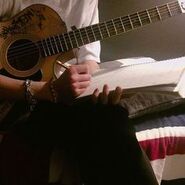 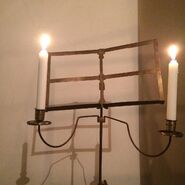