This page is under construction. This is a page that will be part of a series on more anthropological approaches with interviews and noted influencers.

Trigger warning: This article has a focus on topics of abuse, mental illness, eating disorders, and religious abuse. If this sort of content has the potential to be triggering to you, please turn back from this page and go to another page. Viewer discretion is advised.

Morute, a name combining the words "morbid" and "cute," is an aesthetic created in the early 2010's that expresses the dichotomy between a hyper-feminine and childlike softness with grunge and Gothic elements. It is an outlet for expressing trauma, especially those surrounding eating disorders and mental illness.

Many visuals also suggest physical abuse, sexual assault or precociousness, self-destruction, and physical disability. The child-like imagery serves as a desire to return to a girlhood that was ripped away from them, with the Christian and cute motifs being an idealization of purity and innocence. Religious guilt is a common motif, with the desire to go to Heaven, but feeling unable due to the victim being "dirtied" with whatever traumatized them. Poverty within small-town Americana is also present, and it reflects the influence of horror movies and the idea of home being sullied and unsafe. The common character trope of being a victim of a serial killer that is herself morbid and evil is possibly a representation of the cycle of trauma.

It is a precursor to Traumacore, and that aesthetic is an example of convergent evolution, wherein two aesthetics express the same thing, but the later community is relatively unaware of its predecessor and its influences. The aesthetic is one that has largely fallen out of popularity due to the current notoriety of Traumacore, the insular community, mental recovery of many influencers, and discourse surrounding the aestheticization of dark themes. The community itself does not emphasize the necessity of actually having trauma. Many simply are visually attracted to it and there is no need to discuss or vent about past experiences.

Cult Party Kei, a fashion characterized by its use of pastel, diaphanous vintage garments such as bed jackets, night gowns, and layered skirts, as well as its use of rosaries and red medical crosses, gained popularity in 2012 Tumblr.[1] These elements are seen in Morute fashion, albeit in a more simplistic and less layered coordination.

Nicole Dollanganger is a Canadian singer-songwriter whose music and visual presence on tumblr greatly influenced, and arguably created, the Morute aesthetic. Her stage name itself, Dollanganger, was taken from the Gothic novel Flowers in the Attic, which explores poverty, abuse, incest, and religious fear, which are multiple motifs that appear in her songs and later Morute artworks[2]. In 2011, she released her first song, Coma Baby, on tumblr to great praise. Her music is characterized by her ethereal, child-like voice contrasting with lyrics about kink, violence, and depression, something that is both influenced and admired by metal and hardcore musicians.[3]

Her now deleted aesthetic, personal, and self-promotional blog on tumblr contained multiple visuals associated with Morute: bondage, horror movie stills, 1920s porcelain dolls (which she collects), and her own hand-drawn illustrations. This led to the growth of her fanbase, which contained other aesthetic enthusiasts, such as Cult Party Kei fans and Gothic Lolitas who would regularly communicate with her and foster a community.[4]

Jess Woods is a deactivated tumblr user who would post hundreds of her own photographs. Her style ranges from hazy and whitewashed to found footage-esque. Her photo subjects include gloomy scenes of her small suburban town, herself wearing girly J-fashion and vintage nightwear, and small trinkets often found in the Morute aesthetic. Many images typically circulated in the Morute community are hers, and she has also influenced other aesthetic communities such as Suburban Gothic, Vintage Parisian, and Kawaii. She deactivated in 2014, but a fan blog has archived most of her photography here.

The visuals of Morute rely on the juxtaposition between sweetness and death. The most popular and recognizable images are typically macabre subjects framed with a cute background, such as a knife on a pink bedsheet. The lighting is typically either shadowed and reminiscent of vintage photographs and advertisements or over-exposed, creating a white haze over the photo. The most popular colors in the aesthetic are pink and white, but gray and black contrast the cute images.

Christianity in general is heavily referenced throughout this entire aesthetic. Angels and cherubs appear in artwork, with the semi-naturalistic art being put on stickers, trinket boxes, and wall art. Feathered white wings frequently appear as decoration or worn as a fashion accessory. Crosses and crucifixes are another reference to Christ as well as other religious talismans, such as candles, statuettes, and relics. These are often spread on a bed, collected on a wall, or made into a shrine with an alarming amount of religious paraphernalia, showing the obsessive dedication and fascination with religion. Vintage photographs of religious ceremonies, such as weddings and baptisms, which feature women or little girls dressed in pale, feminine clothing, are also popular and reference the feminine beauty and purity of some Christian traditions.

The aesthetic also heavily plays off of the idea of "home," which would not exist for a victim of domestic abuse and sexual trauma. Many images are of abandoned and decaying houses that have either clear signs of destruction or outdated feminine features. These often overlap with Southern Gothic and Grandparentcore. Torn floral wallpaper, piles of broken wood, graffiti from trespassers, and patches of broken plaster are almost always in these photos. However, non-destroyed pastel suburban houses from the 1950s-1970s in hazy photography are common too.

Graveyards are another common photo subject that includes images of these places, girls in Morute clothing being in the space, and specific gravestones carrying a touching message (typically for a child or baby).

Another location that is connected to the vintage, youthful, and feminine aesthetic is carnivals, with rides and stands such as carousels, horror-themed funhouses, and sweets stands. These can be fully operational or abandoned.

Antique baby and children's paraphernalia is another common subject, specifically around practices that were normal/considered sentimental and cute in the past, but are now seen as creepy. In the past, parents would collect cut locks of hair, baby teeth, and gift their children porcelain or bisque dolls and stuffed animals. Many photos show the OP's collection of such objects in a box or arranged in a shrine-like fashion.

Another Victorian-inspired visual of the aesthetic are medical tools and asylums/hospitals from that era. These instruments are often collected, and images of medical procedures, organs, and bloodied objects are included on blogs. Similarly, severe mutations, especially conjoined twins, are commonly seen in both daguerreotypes and animals.

Building off on this, vulnerable animals such as rabbits, lambs, kittens, and deer, are frequently featured, often decorated in ribbon similar to vintage card illustrations. Bugs related to decay, such as maggots, cockroaches, and worms are also included because of their relationship with death and abandonment.

The look takes a lot of inspiration from Kinderwhore, which ties into the Morute music taste of grunge bands.

As said in the Influences page, Nicole Dollanganger was the largest influence, with her music being shared within the community. As such, the music of Morute is largely defined by her. The non-Dollanganger artists included here are ones that appear in 8tracks playlists (see 2014-era tumblr for an explanation) and have a similar sound, but may not necessarily be as popular within the community. In addition, grunge and metal bands with lyrics that express the same vulnerability and sexuality as Morute are included. 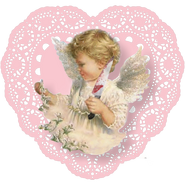 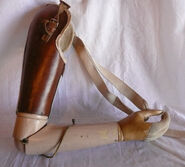 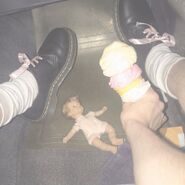 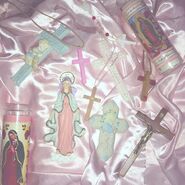 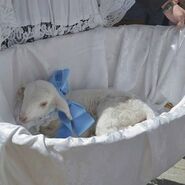 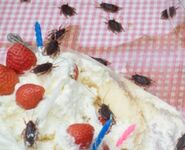 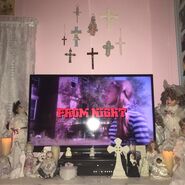 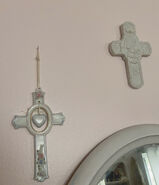 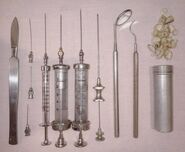 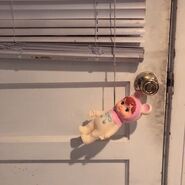 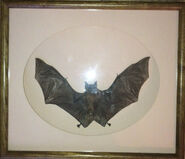 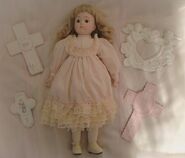 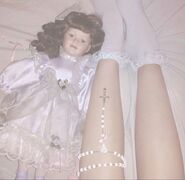 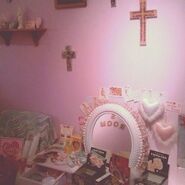 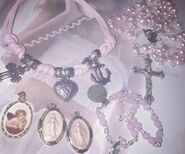 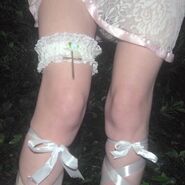 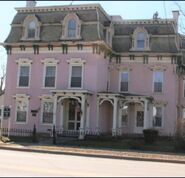