Memphis is an aesthetic that involving bright colors, pure geometric shapes, and zig-zagged lines that originated in the 1980's by the Italian design group Memphis Milano from Milan, Italy. They took their name from the song Stuck Inside of Mobile with the Memphis Blues Again by Bob Dylan, which was playing during a meeting. The group had designed furniture and disbanded in 1987 due to the hype of their movement fading. Although the look for this aesthetic was used for furniture, it's also used in visual art as well. This aesthetic is often used to retroactively define and depict the decade it debuted in. The popularity of this aesthetic had lasted into the early 90's of which it sometimes erroneously stated to have come from.

Also an aesthetic emerged in the 90's called Memphis jr and its presence was common in children oriented shops and museums.[2]. 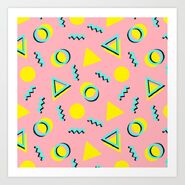 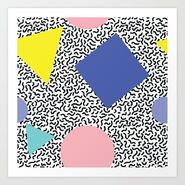 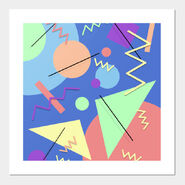