MS Paint is a subgenre of old web. The visual of the aesthetic applied to digital drawings of a lowish quality or made with tools the program of the same name has.

MS Paint was released on 1985, alongside the first version of windows as an art software. Over the years, as with newer versions of Windows, The program evolved from producing black and white 1-bit MSP files to colorful modern image formats. The program was, and still is, very popular, since you already had it for free if you had Windows. It has been discontinued for windows 10 and has been replaced with Paint 3D, which has a similar aesthetic but with 3D added to the mix. It is still possible to get MS Paint on 10 however.

As is the name, these are usually made in MS Paint, with it's limited tools compared to other image editing or art software. Due to these limitations, a lot of the drawings that are made with it are, of a low quality (whether it's intentional or not); flat, or no, colors with thick, wavy lines, simple features, and some mistakes here and there. A lot of the time, text is done with the text tool and the default font. Thus, these made up the aesthetic. Visuals can be anything, but very popular things are as follows:

MS Paint was popular to use in the early days of youtube. Anywhere from video comics to full animations. 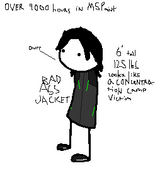 A meme about MS Paint 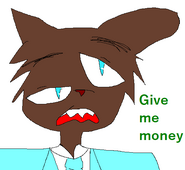