Back up page on the creator's wiki

Open, empty spaces; little to no people; cutesy, almost out of place subjects instead

Cool, light, and grayish colors, along with off-white and off-black; paired with pastels to make the theme lighter and cuter

Light Boredom is an aesthetic that revolves around lighter and pastel colors, but usually with colder, grayer tones. Shadows are allowed, but it's encouraged to make the whole thing look a bit monochromatic, with a few differentiation. The aesthetic itself can also be depicted with a more minimalist style, but it doesn't completely steer away from more complicated images. Rather, it takes more complicated imagery and uses colors of similar shades instead of details.

Pastel Boredom was created by RainbowPink_2 (Or RainbowPink2 on FANDOM) for the Aesthetics Wiki.

(Trigger warning: While the aesthetic itself is not triggering to most, this aesthetic may be used to create content with darker themes.)

Being bored, being lonely

Cool, dark, and grayish colors, along with off-black

Dark Academia
Milk
Anime
Pale
Minimalism
Traumacore (Can be used for venting like Traumacore.)
Goth
Dual Kawaii
Cyberpunk (Cyberpunk is often used with the dystopian genre, which can fit with this aesthetic)

Very similar to Light Boredom, but with a darker color scheme, and possibly, darker themes. (Reminder: Please put trigger warnings on your content when needed.)

In terms of visuals, visuals vary. It could stay closer to Light Boredom, but with a darker color palette, or it could take feelings of boredom and loneliness to higher levels. For example, some Dystopian media (TV shows, books, movies, etc.) could incorporate Dark Boredom into their visuals. Dark Boredom could be used in online media relating to vents, or media relating to serious and dark content.

The image that inspired this aesthetic to be created.

An example of a more complicated light boredom image. 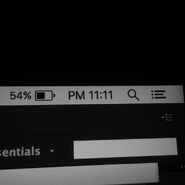 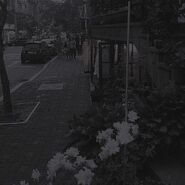 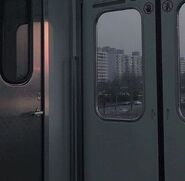 (The Dark Academia page was used as a base for the formatting of this page.)