Kid Science is the aesthetic surrounding educational efforts to make science appealing to children through presenting the field as fun, with kooky characters, bright colors, highly stylized images, and doable experiments. Different schools, museums, television programs, and children's toys utilize the aesthetic to inspire students to pursue science in the future. Because of this, many young children go through a phase in their life where they are obsessed with a subject such as dinosaurs or train engineering. Unfortunately, many of the efforts into kid science are marketed towards boys, but the subject is gender-neutral.

It emphasizes all fields, but paleontology, zoology, entomology, and astronomy are the most popular subjects. Because the children are not advanced enough to understand the basis of multiple subjects such as DNA or mathematics, great emphasis is put on imagination, memorization, and simple experiments that could be done at home. Teachers and exhibit designers seek to show students the scientific processes directly, with tours, pets, and movies. 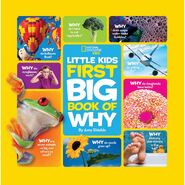 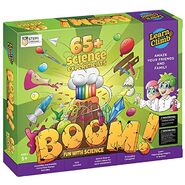