Jungle Grunge is an aesthetic originating largely from the 1980s and continuing on consistently into the late 2000s, though music relating to the aesthetic mostly began during the mid-1990s and continues until this day. Jungle Grunge, as the name suggests, is a combination of the grime and darkness of Grunge and visuals of jungles, overgrown forests, abandoned houses, indigenous temples, caves, encyclopedias/science books and abandoned laboratories in remote tropical areas. The aesthetic is represented both by movies and music, with the usual themes of how harsh, mysterious and unhospitable jungles can be. Accompanying tropes are the use of tribal elements, whether it be Mayan-esque pyramids and masked natives in media or exotic percussion, string and woodwind instruments in music. Additionally, there might be mention and/or inclusion of dinosaurs and paleontological themes. A small amount of animations and games also partake in an aesthetic similar to Jungle Grunge.

The visuals of Jungle Grunge aim to present how unwelcoming and dangerous these tropical areas can be, but also how morbidly fascinating they are to people who come to analyze and venture into them. There's a brooding theme of how nature wins over us no matter how much we try to overcome it, with all of the abandoned architecture and vehicles. In a lot of Jungle Grunge movies, there is the trope of a laboratory or other such large corporate estalbishment attempting to alter or exploit the jungle, but being subsequently taken over, whether it be by the indigenous peoples in act of rebellion, the animals, or some mystical force or creature. On the lighter side of things, Jungle Grunge visuals may feature a fascination with the more academic aspects of the aesthetic, featuring illustrations of journals and encyclopedias describing newly discovered phenomena and organisms. Generally however, most representatives of the aesthetics focus on the harsher elements.

Similarities and differences with Junglecore

The main aspect that differentiates the two aesthetics are the message and values. While Junglecore may be serene, on occasion positive, lighter and adventurous, Jungle Grunge is much more brash, aggressive, negative, animalistic and dark. To put it this way, Junglecore welcomes visitors into the jungle and encourages them to explore its natural wonders, and Jungle Grunge wants to traumatize and defeat those who enter, all the while filling them with morbid curiosity. The two consistent similarities are, of course, the focus on jungles and rainforests, and overlapping in media that represents the aesthetics. 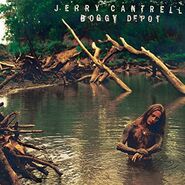