Indie Sleaze is a tongue n' cheek retro aesthetic that was prevalent from roughly 2008 to 2014. It is a style originating from the mid 2000's party scene that grew in popularity on sites like Tumblr and MySpace. Trappings of this aesthetic include high-flash photography, electro-rock dance halls, imprecise eyeliner, old American Apparel ads, mussed up hair and side-swept bangs. Indie Sleaze has many influences from a variety of time periods and mediums: Brooklyn hipster fashion, '70s/’80s electro-rock music, 90's grunge, Pop art & Superflat pop. The rise of Indie Sleaze came to fruition as the McBling & Surf Crush aesthetic were declining and it is often seen as a counter culture reaction to the economic climate of the recession. 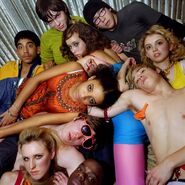 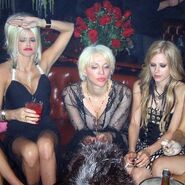 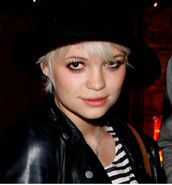 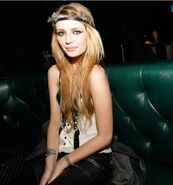 The music largely associated with the indie sleaze era is a combination of several different genres from different time periods, namely: Indie rock, Britpop, Disco, Electro Pop. The common through line through found throughout much of indie sleaze music is danceability, irony, and a retro sound.