Indie Kid centers around bright colors, 2000s-style fashion and a skater lifestyle. It rose to fame in 2020 through the app TikTok. This resurgence differs from the original Indie style which did not include such bright colors and was considered more "alternative" by today's standards. Indie Kid was also influenced by Kidcore, Cuddle Party, and Skater.

In the indie kid aesthetic, there is a specific way that videos and photos are edited. There are plenty of indie kid filters to choose from, but they all have some things in common. It's heavy on saturation and vibrance, and contrast is lowered. Grain is sometimes added as well. These videos and photos are most commonly edited on the Camera app on an iPhone. There are many filters on most popular apps to give photos the heavily saturated visuals.

Imagery for the indie kid aesthetic revolve around things ranging from nature and cartoonish 60s-esque graphics to urban imagery like skateparks and convience stores. Much of the visual components of indie kid center around action shots like skateboarding, nature walks, and goofing around with friends. Visuals also encompass room design and fashion choices where the textures, patterns, clothing styles, and colors make up a majority of the aesthetic's recognizable features.

Indie kid fashion is very similar to the fashion trends of the 2000s and sometimes older. For girls, a crop top and baggy pants is popular, with the top being some type of bold color and the pants being jeans or even cargo pants. An oversized tee, an oversized sweatshirt or a collared shirt under a sweatshirt are also options, but the baggy pants are a key feature of this aesthetic. Boys follow most of the same rules, minus the crop tops (but they are of course free to wear it if they wish). Common shoes worn by indie kids are Converse, Vans, Air Force Ones, and Adidas.

Indie kids often live their lives as if they're in an A24 coming-of-age movies, highlighting skating with friends, getting food from gas stations, blasting music, and filming all the while. Restaurants such as In-N-Out Burger and 7-Eleven are popular places for indie kids to go and eat food, due to their overall embodiment of the aesthetic. This is a very free spirted, innocent lifestyle filled with comraderie and memory making.

Indie kid culture has also grown to center around music as well, which has been essential to the growth of the original vintage indie aesthetic. Here is a list of some bands and artists that are associated with the indie aesthetic: 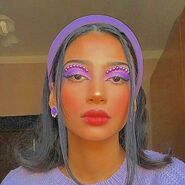 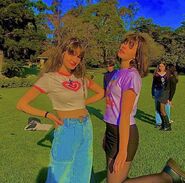 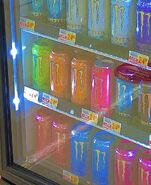 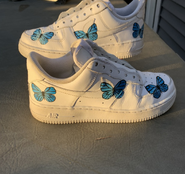 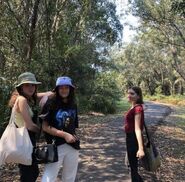 How to be Indie Kid l A Complete Guide to Indie Kid - clothes, accessories, hairstyle etc 🍄🤍 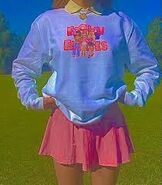