Concore
Old Money
Golden Age of Detective Fiction
Heistcore is associated with thieves and heists, the elaborate thefts of data, money, art, jewels, and historical documents. Heistcore aesthetics can be found in espionage, crime, and detective media. Because of the value of the stolen goods, heists are considered more high class than cons in general. The title Gentleman Thief is sometimes applied to males who participate in heists, especially in media set during the Golden Age of Detective Fiction. The female equivalent is the Cat Burglar.

In fiction, heists are a major part of the caper genre. Thieves and heists appear in literature as far back as medieval times, with the creation of the Robin Hood character in English folklore.

Modern Heistcore was revived in the 1920s due to the discovery of King Tut's tomb and the resulting craze for all things Egyptian. European grave robbers looted Egyptian tombs and trafficked artifacts to Europe. Many of these artifacts were purchased by wealthy aristocrats and eventually ended up in museums, especially The British Museum.

Modern fiction centered around heists often questions the legitimacy of ownership. Thieves orchestrate heists of Greek, Egyptian, and Middle Eastern artwork from European museums or the private collections of corrupt politicians in order to return the artwork to its rightful owners.

In real life, the so-called Monuments Men, were responsible for retrieving artwork stolen by the Nazis during World War Two, and returning it to the surviving descendants of the Jewish people from which it was stolen.

Heistcore has a dark, deep, and metallic color palette. Colors include black, tan, cream, gold, silver, and jewel tones like deep red, blue, and green. The aesthetic of wealth, both the nouveau riche and Old Money, appears in Heistcore due to the wealthy often being the mark, or victim of the heist in question.

The catsuit is a fashion piece which comes directly from Heistcore. It is a full body, skintight garment, usually made of leather or faux leather, with a zipper that runs from the neckline to the waist area. It is rarely worn by men.

A key element of a heist is gaining access to a secure area. For this to work, disguises are often employed.

Most museum gift shops sell poster prints of artworks in their collection. In National Treasure, this is played for laughs when the real Declaration of Independence is mistaken for a replica Ben Gates is stealing from the shop.

A similar incident happens in the film Bean. The title character accidentally ruins the original painting of Whistler's Mother and replaces it with a poster from the museum gift shop.

Some shops also sell replicas of statues, although they are often small scale replicas of much larger pieces.

Theft is illegal, but there are many useful and interesting skills that thieves have which ordinary people can do for fun.

There are also some activities that feel like theft or even heists because society has conditioned us to behave in certain ways. 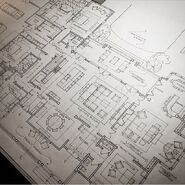 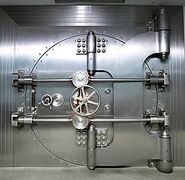 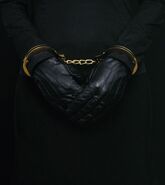 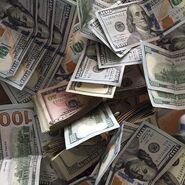