Groundcore is an aesthetic that was initially inspired by the idea of being a bug or (approximately) bug-sized in a human-inhabited world, seeing the world from a bug's perspective.

Though not strictly warm and vibrant, Groundcore is generally associated with themes of summer, bright colors, exploration, creativity, being observant and curious, thinking outside the box, as well as the study of and general love for insects, plants and nature as a whole.
While often overlapping with aesthetics such as Naturecore or Adventurecore, Groundcore illustrates an overall more crafty, lighthearted and fantastical, in some cases childlike side to the beloved nature aesthetic genre, while still including similar themes.

Bugs and Insects, while not necessarily being the main focus of Groundcore (see: Bugcore), do play a big role in real-world depictions of the aesthetic by bringing it to life and allowing it to somewhat branch out in other directions and expand upon itself in many different ways, such as in movies or media, exploring the concept of a bug's adventures or day-to-day life.

Note that while Groundcore is, as said above, often depicted to heavily lean towards a warm/summery nature feel, other themes and elements are not to be entirely excluded from the aesthetic, at times even presenting an additional subsection of it altogether, (i.e., a currently undefined but perfectly valid concept of 'winter-themed Groundcore' with its own set of visuals).
Due to this, Groundcore may be better thought of as a somewhat broad umbrella term, which is mostly up to the viewer's interpretation, rather than a strictly defined aesthetic.

Keep in mind that, while garbage/litter is considered to be one of Groundcore's main components, the aesthetic is in no way meant to encourage or promote littering, but instead aims to introduce creative ways of recycling preexisting trash.

Groundcore visuals may vary depending on the setting, exact time of day/year and/or place, but the most generally recognized ones include:

Themes (not to be confused with visuals), in this case, is a general term that is used to provide both real-life and fantasy examples of Groundcore's main characteristics and the use of this aesthetic in media.

Groundcore's fashion mainly centers around combining a fun, casual, childlike style with maximum functionality and comfortability, as to provide the best experience while out adventuring or digging around in the backyard. Examples of this include but are not limited to:

Since Groundcore is not considered to have a separate music style or genre and is extremely hard to accurately pin down due to its novelty and subjective nature, it mainly relies on the overall feel of songs (typically carefree, cheerful, somewhat magical and/or childlike), as well as matching lyrical themes in its representation. Some examples of this are:

Elements of Groundcore can be found in countless pieces of media, ranging from children's cartoons to famous films and games, making it impossible to list them all. Some of the best examples of Groundcore in media include: 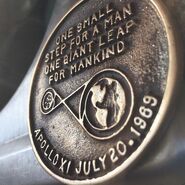 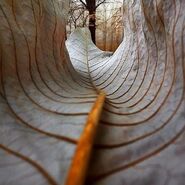 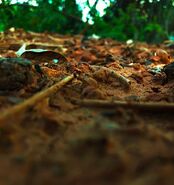 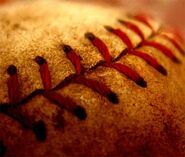