Cybergoth
Darkest Academia
Emo
Health Goth
Metalhead
Nu-Metal
Pastel Goth
Goth is a subculture that began in England during the early 1980s, where it developed from the audience of gothic rock, an offshoot of the post-punk genre. The name, goth subculture, was derived directly from the music genre. Notable post-punk groups that presaged that genre and helped develop and shape the subculture, include Siouxsie and the Banshees, Joy Division, Bauhaus and The Cure. The goth subculture has survived much longer than others of the same era, and has continued to diversify and spread throughout the world. Its imagery and cultural proclivities indicate influences from 19th-century Gothic literature and gothic horror films. The scene is centered on music festivals, nightclubs and organized meetings, especially in Western Europe.

Gothic fashion is a clothing style marked by conspicuously dark, mysterious, antiquated and homogeneous features. It is mostly worn by members of the Goth subculture. A dark, sometimes ghastly fashion and style of dress, typical gothic fashion includes a unhealthy complexion with dyed black hair, dark lipstick and dark clothing. Both male and female goths can wear dark eyeliner and dark nail polish most especially black. Styles are often borrowed from the punk fashion, Victorians, Edwardians and Elizabethans.

Gothic rock (alternately called goth-rock or goth) is a style of rock music that emerged from post-punk in the late 1970s. The genre itself was defined as a separate movement from post-punk due to its darker music accompanied by introspective and romantic lyrics. Gothic rock then gave rise to a broader subculture that included clubs, fashion and publications in the 1980s. Other subgenres of goth music include darkwave, coldwave, deathrock, and etherealwave.

Cabaret Goth - Also known as Burlesque Goth, this is a type of goth that combindes goth with Victorian (or at least, older age) fashions.

Chained Goth - Chained Goth is a gothic-based aesthetic centered around chains. Wearing chains around a skirt, or chain bracelets, necklaces, and belts. The classic goth style, edgy and dark, with a few chains thrown in as an attempt to seem threatening, edgy, and tough.

Corporate Goth (sometimes known as City Goth) - A subgenre of gothic fashion that blends it with Corporate fashion standards. It was first adopted as a  response to dress codes in corporate settings, such as offices, this type of fashion is often worn in non-working situations by those with mature, smart and gothic taste.

Darkwavers - A type of goth who listens to mainly darkwave (a subgenre of goth music that fused goth rock and synthpop/new wave). Some darkwavers dress in a more ethereal fashion style (longer hair, lacy fishnets, and flowing/sleeved clothing or dresses), but many others will dress similarly to trad goths.

Deathrockers - The United States version of 80s goth. They are fans of deathrock music, as well as post-punk/punk. They dress in a much more punk-based fashion style, but turned dark. Fashion staples include: shaved deathhawk hairstyle, ripped fishnets, ripped clothing, heavy dark makeup, and large boots.

Fairy Goths - A mix between Romantic goths and Medieval goths. The aesthetic follows the themes of mystical and ethereal creatures (ie fairies and spirits of the forests).

Hippie Goths - A mix of Hippie and Goth fashion. It involves nature-loving, following Paganism and/or Wicca and/or misc. It also includes candles, crystals, incense, Tarot, and other Wiccan items.

Medieval Goth - An aesthetic thats a mix of the medieval times and gothic fashion. It involves history, museums, castles, churches and ancient monuments.

Trad Goths - The original UK 80s goths. They are fans of post-punk/goth rock music, and dress in traditional goth fashion that is inspired by punk and 1980s fashion but with darker tones. Fashion staples include: large/teased hair, layered clothing, fishnets, winklepicker shoes/boots, and heavy dark makeup.

Tribal Goths - Tribal Goth is a subgenre that uses traits like bellydancing garb, hipskirts and jewelry, bones and wood accessories with the goth scene, trying to mix the tribal look in with the goth look.
Victorian Goth - A sub-genre of goth that combines Victorian and Goth. The subgenre involves poetry, tea, plays, formal parties, opera, and classical music in general. This aesthetic is based on imitating the lifestyle of the Victorian era, especially the aristocrats, since these were the ones who wore these extravagant clothes.

An example of Corporate Goth 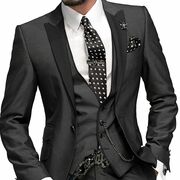 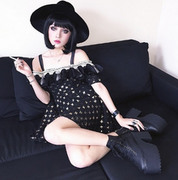 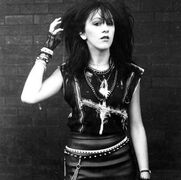 Add a photo to this gallery
Retrieved from "https://aesthetics.fandom.com/wiki/Goth?oldid=19404"
Community content is available under CC-BY-SA unless otherwise noted.