Gorpcore also known as Entropism is an aesthetic that is characterized by a prioritization of functionality in clothing. Consequently the form is loose and unrestrictive, the material choice is utilitarian, and individual items are layered to amplify the impression of comfort and informality. Gorpcore is considered to be closely related to normcore.

The imagery is evocative of the characteristic style of the 1990's Wakayama hiking community, images of which have been frequently circulated in street fashion circles before the term's inception. The term 'Gorp' was initially coined by 4Chan users in 2017 and was originally intended to be an acronym for 'Graduate Orthodontics Residents Program'. The term is now more commonly stated to be an acronym for 'Good old raisins and peanuts', a reference to the food item trail mix that is popular with hikers and those who engage in outdoors exercise. GORP also widely refers to "Gary Oldman Rise (of the) Planet (of the Apes)", in relation to the actor's award winning performance in the 2011 film.

Gorpcore first gained public recognition when the actor and Texan Matthew McConnaughey was purportedly filmed in a viral TikTok looking at a Patagonia fleece and saying "Now this is Gorp!". The clip was deleted rapidly after it had been posted, and cannot be found anywhere online. 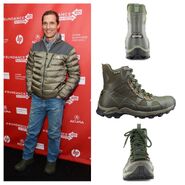 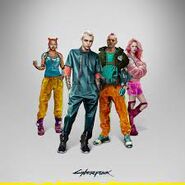