And Then There Were None by Agatha Christie

The Golden Age of Detective Fiction is the period of mystery fiction set in the 1920s-1930s. The plots revolve around upper class characters and murder. It centers around the dichotomy between the elegance of the European elite and the savagery and blood that comes with the events of the story. Feelings of suspense, interesting characters with different backgrounds, and glamorous settings are major components of this aesthetic.

The characters in these mystery stories are often members of the British landed gentry, or else their servants. Although England is the most common setting, these mysteries can take place in any part of the British Empire, such as India or Australia. Although the time period is usually between the 1920s and 1930s, the popularity of the genre led to it being adapted to suit more modern times. Activities such as hunting, cocktail parties, and travel via ship and steam train remained largely unchanged for several decades that followed.

Exotic elements, such as the story taking place in jungles or deserts, tropical animals, and non-European artifacts can also be incorporated due to the British Empire's influence. Many stories revolve around characters who are colonial authorities, explorers, archaeologists, and travelers. Please note that because of the time period, the depictions of the native people are often ignored or racist due to the prejudice of the time period.

The visual and story tropes arose from the popularity of authors such as Agatha Christie. Many mystery writers that followed were inspired by the works of these earlier writers, and certain elements of the plot, the settings, and character types are repeated by mystery writers to this day. Parodies of this aesthetic can also be found in more recent works, such as the game Clue, and the Doctor Who episode, "The Unicorn and the Wasp."

Elements of works from the Golden Age of Detective Fiction, such as the female amateur detective and tightly knit community of characters influenced the Cozy Mystery genre. These mysteries are sometimes seen as formulaic and over-done but are popular among those who prefer "clean" mysteries where violence is of screen, there is very little profanity, and sex is usually not even discussed. The Cozy Mystery genre is not limited to the time period of the 1920s-1930s, although some mysteries are set during that time period.

A lot of the imagery is connected with Gothic literature and horror, but the main story and visual component is free of supernatural components in favor of showing the motives of the criminals that started the events of the plot. The nobility being the perpetrator can also serve as a critique of their over-indulgence and greed. It also shares visual tropes and some story components with Dark Academia, but does not involve learning and explicitly takes place among non-students.

Please do not include film adaptations of other works

This does not include works done by the authors previously mentioned 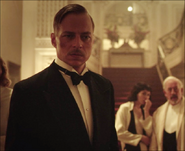 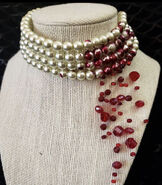 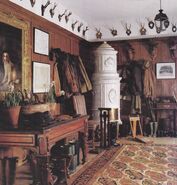 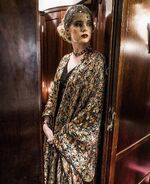