Dungeons & Dragons, Warhammer 40K, Monopoly, Uno, Pathfinder
Game Night is an aesthetic that revolves around the general atmosphere of board/tabletop games, junk food and friendship. Game Night would be exemplified by any form of traditional games. Examples being D&D, Chess, WH40K, Monopoly, Battleship, Uno, Pathfinder and others. Communities have been created around game nights, and multiple clubs have been created in college campuses, bookstores or libraries, and cafes.

Playing board or tabletop games is also considered a nerdy, and is often coupled with lighthearted memes and jokes about people who participate in this sort of activity. 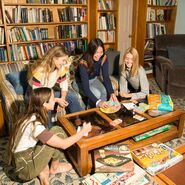 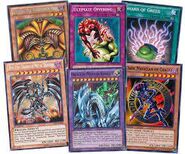