Frogcore is an aesthetic purely based around frogs and toads. You don't need to be an expert on frogs and toads to be a part of this aesthetic, but you should at least like them.

Though they have gained in popularity recently, frogs have always been integral to internet culture. They first appeared as subjects of the ancient art of memes, the most infamous of which being Pepe-- the frog from the beginning of the online era, who was used as an alt-right icon, deemed a hate symbol, killed by his author, and eventually adopted as a symbol of hope by Hong Kong protesters.[1] Joining him as a frog meme icon was Kermit the frog, an unlikely internet patron who was the subject of respected meme templates, such as "Kermit sipping tea," "dark kermit," and many more. And lastly is the cycling frog, christened by netizens as "Dat Boi." Together these form the Holy Trinity of frog memes, ascended to the heavens and take their place among ancient meme gods.

In modern times, however, frogs are regarded as generally wholesome and cute creatures by the internet. They are the subjects of kawaii art and the wearers of patterned cowboy hats. They are crucial pillars of both the Cottagecore and Goblincore aesthetic-- the intersection of the utopic fantasy and the dirty natural ways of life. They have also been the subject of "wholesome memes," which, unlike regular memes, aren't meant to troll, but to make you feel happy. The "wholesome frog memes," interestingly enough, also include Kermit.

Ironically enough, frogs also resonate deeply with the LGBTQ+ community. [2] There isn't a clear reason to why this is, but the idea of gay frogs started with conspiracy theorist Alex Jones, who famously claimed that the US government was putting chemicals in water to "turn the friggin' frogs gay." He didn't expect the idea of gay frogs to be the subject of cute merch and social media captions!

A possible theory on why the LGBTQ+ community has embraced frogs is that frogs are outside the idea of a "normal" animal, but they simply don't care. Frogs just chill and live their lives, expressing themselves and doing their own things-- and that's all the queer community wants to be able to do. Thus, frogs were interpreted into the queer online subculture, especially on TikTok.

Some participants in the frogcore aesthetic have been accused of promoting potentially unsafe ways of treating frogs. This is particularly relevant in the way that many frogs are held on bare skin[3] or have their legs moved about, most notably in TikTok videos. Frogs cannot be held on bare skin, as frogs absorb basically everything through their skin-- they have what's called semi-permeable skin, which helps them absorb oxygen when underwater. Thus, the oils and soaps on our hands can burn a frog's skin. If you want to hold a frog with bare skin, then you should rinse your hands so they are slightly moist. After you hold a frog, you should wash your hands thoroughly to fight off salmonella.

Another danger of holding frogs is that most frogs become stressed while being held, which causes them to jump from the keeper's hands and possibly get seriously injured. If they don't get seriously injured, they are almost impossible to catch once they escape, which could lead to your frog's death. 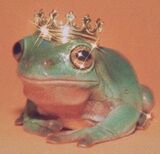 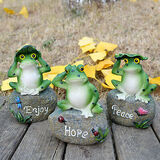 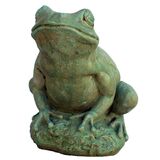 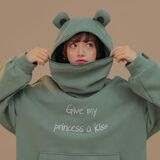 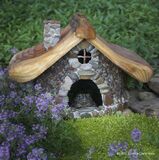 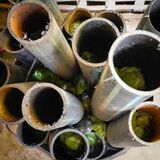 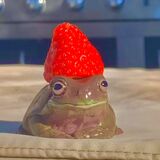 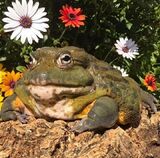 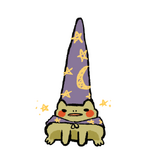 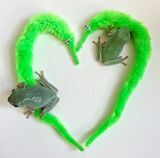 frogs and worm on a strings 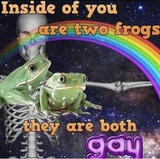 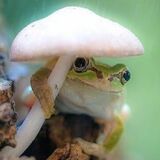 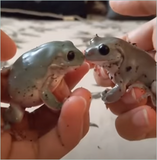 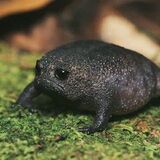 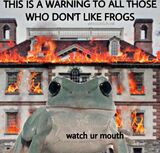