Baddie
Boujee
Bubblegum Bitch
Cherry Emoji Twitter
Devilcore(Lustcore)
Pin-up
Italian Mafia
Old Hollywood
Vintage
A Femme Fatale is a mysterious, intelligent, beautiful, and seductive woman whose charms ensnare anyone who meets her, often leading them into deadly traps and webs of crime. Adherents to the Femme Fatale aesthetic try their best to embody the traits of the classic femme fatale archetype, which leads to a lot of crossover with the Baddie aesthetic, with one of the key differences between the two is the Femme Fatale has an air of mystery and elegance to her, whereas the Baddies adhere to a more "what you see is what you get" philosophy.

The Femme Fatale, also referred to as a Vamp, is a stock character that came into prominence with the film noir movie genre and dime novels of the 20th century. The most prominent codifier is Brigid O'Shaughnessy in the most famous film noir, The Maltese Falcon (1941), in which she uses her beauty as a distraction and murders the protagonist's partner.

As stated before the Femme Fatale aesthetic embodies the seductive and mysterious traits. A Femme Fatale will avoid giving information about themselves. Keep things like siblings, interests and what your studying is key. Femme Fatales are not the emotional type and tend to keep their emotions, well, mysterious. They normally don't have long relationships but if they do their significant other is a partner in crime. Their main goal is to entice and use.

Femme Fatales have to be smart. They have be quick witted, which will show their independence factor. Femme Fatales don't need a anyone to be able to thrive, they can do just fine on their own, if not better.

If a Femme Fatale seduces and then kills several men, she becomes a Black Widow.

A femme fatale will be known to wear dark, sexy, and retro clothes, alluding to the 1940s when the persona was codified. Femmes fatales clothes are well-cut and form-fitting. Black is the name of the game for femme fatale fashion. Dark reds, maroon, dark emerald, and dark blue are also commonly seen colors in the femme fatale wardrobe but every look is going to be largely monochromatic, without prints or many varying textures; the key feature in femme fatale fashion is to accessorize with their own figure. A powerful sense of self and a sharp mind are just as important accessories as any dress. Pair your look with high heels, walk in like you're the hottest person in every room, and you're well on your way to embodying the spirit of the femme fatale. Clothes include:

Femme Fatales typically have a signature scent, so you will always remember her after she's gone by the notes that suit her best. Musky and seductive scents recall a femme fatale aesthetic, while fruity scents and flowery scents may best be left aside.

Femme Fatales are almost always seen wearing red lipstick in their most iconic looks. Try wearing shades of red lipstick that complement your skin tone, consider using some lip liner and/or gloss if you want to, and check if you need to touch up or reapply a few times throughout the day. Wearing lipstick also provides an excuse to pull out a mirror, which can be useful for situational awareness in discreet circumstances. 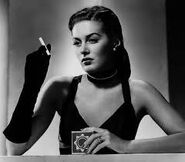 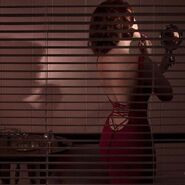 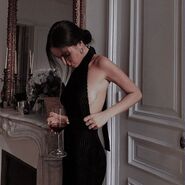 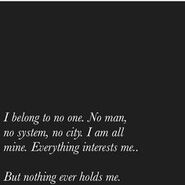 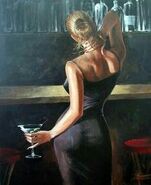 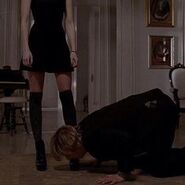 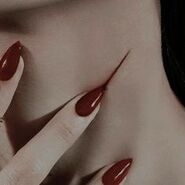 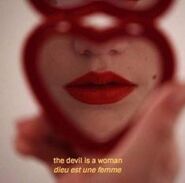 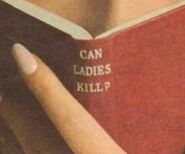 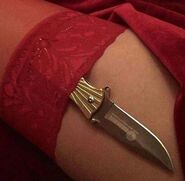 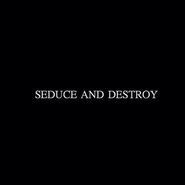