Fairycore, also known as Fairy Folk is a fantasy themed aesthetic that centers predominantly around fairy and elf mythology. Visuals include nature, soft pastels, butterflies, magic, flowers, soft animals like bunnies, and the vibe of springtime.

Any and all fey-like creatures from mythology around the world are included. This ranges as far and wide as Celtic, Scottish, Nordic, German, French, Native American, Japanese, Chinese, etc. It includes the typical Fae and faeries (usually from Scottish Seelie and Unseelie) as well as various kinds of mermaids, elves, nymphs, shapeshifters (like swan maidens/men), and various ghostly figures.

It is most similar to Cottagecore, Pixiecore, and Goblincore. The term was coined by an unknown Tumblr user. The aesthetic is popular with fairykin.

Although it is similar to many nature based aesthetics, some say it is the feminine equivalent to Goblincore. This is debatable, because fairycore focuses on the beauty of nature, such as flowers, fairies, dresses, and femininity, while Goblincore is more based on appreciating the not so pretty parts of nature, like mushrooms, bugs, dirt, etc.. This very well may be the masculine equivalent.

Since the mid Victorian period, there has been a fairy fandom. During this time period, countless ballets, operas, books, poems, and an entire sub-genre of artwork (Victorian Fairy Painting) were spawned from this obsession with “Fair Folk” that lasted until World War II.

Yet while the stoic realism of years to come left a hole in the adult side of Faerie for a long time, the rise of fantasy during the 80s brought back the fandom.

Brian and Wendy Froud, Alan Lee, and Charles Vess were artists of massive importance in the scene, particularly for their influence on literature and film. Authors like Terri Windling, Charles de Lint, Emma Bull, Patricia A. McKillip, Diana Wynn Jones, Robin McKinley, Ellen Kushner, Neil Gaiman, and many others revitalized Faerie by taking it into urban environments.

A few key films like Labyrinth, The Dark Crystal, and Legend helped change the view of fairies from tiny pixies into strange and inhuman creatures. Books like War For the Oaks, Jack the Giant-Killer, and Borderland took fairies out of their unknown realms and brought them into 80s era musically-inclined America and Canada, thus pioneering Urban Fantasy and Mythpunk.

This fandom moved into comic books in the 90s thanks to the teaming of Charles Vess and Neil Gaiman in Sandman: A Midsummer Night’s Dream and Stardust.

After a brief lull, the early 2000s brought Faerie back full-force. Faerie Magazine (now Enchanted Living) and Faeriecon brought fans of fairies, mermaid, and other related creatures together. YA writers like Holly Black, Julie Kagawa, Laini Taylor, and Maggie Steifvater, although their work was less literary and more teenage, revitalized the 80s scene for a whole new generation.

Kid’s fare like Winx Club, Barbie in Fairytopia, Bratz Fashion Pixies, and Tinkerbell/Pixie Hollow were mixed in their views of Faerie. They either brought back fairies to the tiny Victorian ideals or embraced Urban Fantasy’s view of them as mysterious “Fair Folk” that could walk amongst humanity virtually unseen.

In more recent years, Holly Black, Cassandra Clare, and especially Sarah J. Maas have brought attention to the idea of “The Fae”, influenced by older Scottish and Irish mythologies much as the 80s authors were, only humanizing them.

Yet while this has influenced a massive amount of Fae-centric romance novels, there has been some mild backlash. More and more modern writers (like Erin A. Craig and Joanna Ruth Meyer) have been returning to the idea of Faerie as inhuman and embracing darker, horror-inclined themes.

Photos used in this aesthetic are often edited to have soft but vibrant colours. A blur and/or sparkle effect is also very common. Small amounts of collaging may be used to paste wings, flowers, mushrooms, etc onto the photo subject.

It’s important to realize that it is visually multifaceted. Some prefer the pastels, sparkles, and “The Fairies” while others are more into earth-tones, foliage, and “The Fae”, and these are equally viable.

Motifs included in this aesthetic :

Fairies, or people who are fairycore, often have nature-related or crafty hobbies such as:

Cottagecore is an aesthetic based off of country living, nature, plants, etc.. On the tiktok platform, common themes are mushrooms, frogs, and forests, but is still slightly different from fairycore though it's debatable, some say cottagecore is the same as fairycore but without the magic.

Goblincore is a more masculine take on cottagecore. Its based off of goblins and gremlins, which are fantasy creatures like fairies, but are more dirty and rough.

Unlike Woodland Goth (closely related to Ethereal Goth and Fairy Goth), Dark Fairycore has no connection to the Goth genre of music. Like Fairycore, it’s mainly a literary and artistic movement throughout the many facets of the fantasy genre. However, it is similar in its imagery and content.

Dark Fairycore typically encompasses the visual works of Brian and Wendy Froud, as well as the Victorian artist John Anster Fitzgerald. Books would include much of urban fantasy aka Mythpunk, particularly the works of Neil Gaiman and other 80s to 90s authors in the genre.

Their imagery is darker, stranger, and moodier, like deep forests after rain or a tangle of thorns surrounding a single rose.

There is no specific Fairycore music, as it is mostly a literary and artistic genre. Regardless, folk music particularly has a long history of chronicling fairy ballads of Ireland and Scotland. As does the work of Celtic singers. 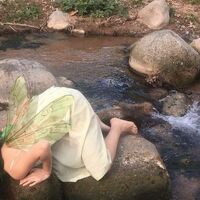 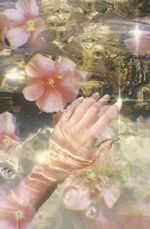 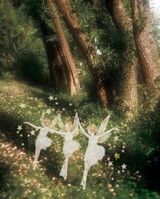 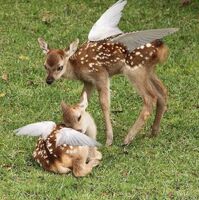 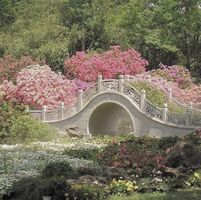 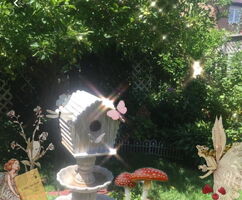 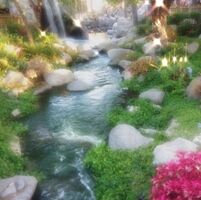 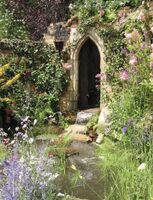 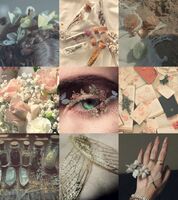 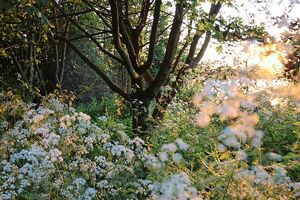 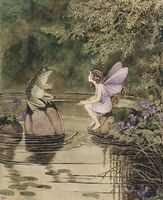 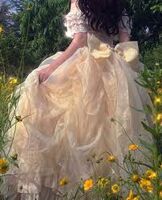 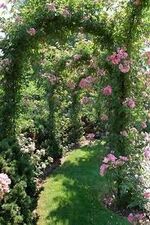 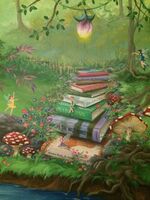 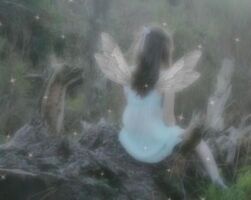 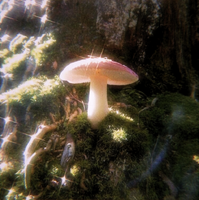 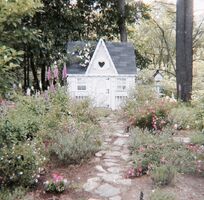 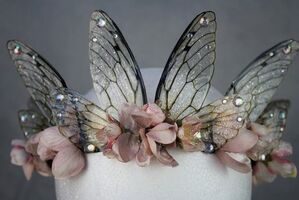 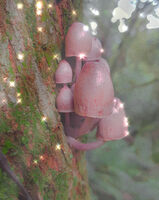 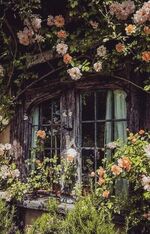 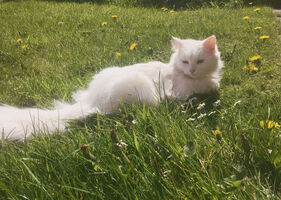 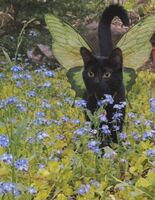