Decopunk is a recent subset of the punk sci-fi genres (specifically Dieselpunk), centered around the Art Deco and Streamline Moderne art styles that were popular during the Roaring 20s and stayed in fashion until sometime in the 1950s. It has a sleeker and shiny aesthetic compared to Dieselpunk, which has a tendency to be more gritty and dark aesthetic to it. Often times, Decopunk will use slightly more modern technology compared to the times it's supposed to evoke like VHS tapes.

Decopunk shares a lot in common with Dieselpunk aesthetics, but with more of a focus on the Art Deco style that was popular around the time. A perfect visual example of the Decopunk aesthetic would be the original BioShock video game.

A lot of Decopunk fashoin does tend to draw upon Dieselpunk's similar influences, but there's definitely more of a focus on looking fashionable and classically presentable than there is on the grittiness one would find within the Dieselpunk genre, so definitely expect more zoot suits, dresses, and higher-end fashion in Decopunk circles than you would find within the Dieselpunk genre of aesthetics.

There are two schools of thought when it comes to Decopunk: Piecraftian and Ottensian.

Ottensian Decopunk chooses, instead, to focus on the aesthetics and decadence of the Roaring Twenties and seeing how it would evolve if it were completely uninterrupted by the 1929 Market Crash that led to the Great Depression or by either World War and generally has a more utopian vision of the future (sort of like how Solarpunk is in relation to Cyberpunk) and is more of a version of Retro-Futurism. Examples of fiction that work into the Ottensian Decopunk label include The Rocketeer, Sky Captain and the World of Tomorrow, and (retroactively), the works of Isaac Asimov.

Other works of fiction within the Decopunk scene include the works of H.P. Lovecraft and Noir fiction like Casablanca and LA Noire. 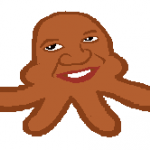