Fantasy
Fairy Tale
Dark Academia
Darkest Academia
Goth
Romantic Goth
Dragoncore
Witchcore
Pirate
Vampire
Selkiecore
Woodland Goth
Mythpunk
Dark Fantasy is a subgenre of Fantasy, which is "a genre of fiction set in a fictional universe." However, Dark Fantasy is unlike Fantasy in that it takes on a darker tone, as stated in the name.

A Dark Fantasy is a fairytale without a happy ending, or it may have a happy ending that is only achieved with a great cost. It is despairing, or violent, or sometimes even gory.

The dress of a person reveals much about them.

Dark, heavy fabrics made of natural fibers are preferred. The cost of different fabrics varies greatly and should be taken into account.

First and foremost are the fairy tales. These are not the ones that Disney packages into children's movies, with their true love's kiss and happy endings. These are fairy tales in their original form, with heroines that are not always immune to death and villains who suffer worse before dying. Limbs will get cut off.

A castle, the most iconic of all buildings in the fantasy genre!

A fantastic example of setting and architecture!

Another fantastic example of setting!

Another fantastic example of architecture! 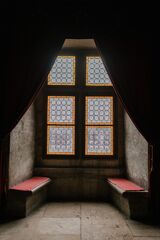 Here is the inside of a building!

A different sort of setting, but nevertheless well-suited for our purposes. c:

Moving on from the man-made, here is a forest!

Another forest <3 This one is misty! 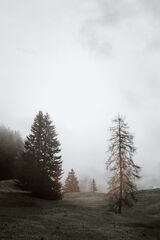 A closer view of the trees!

A marvelous example of fashion! Note her hooded cloak. ^-^

Another marvelous example of the hooded cloak! It's a classic. c:

The wearer wears a corvid skull! A creative application of dark fantasy motifs! 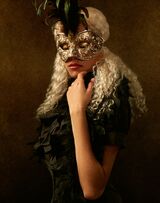 A splendid example of fashion! Note that she wears a mask. c: 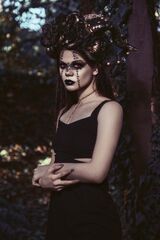 While her clothing is much too modern to be considered dark fantasy by itself, the focus of her outfit is centered around her makeup and headdress, which are very dark fantasy! 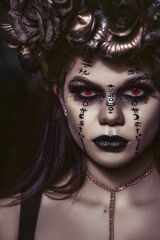 Here is a closer look at her makeup! 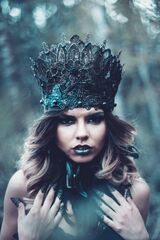 Here is the makeup and headdress of another woman. Both suit the dark fantasy aesthetic! 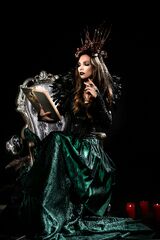 This woman dons an ornate gown and intricate headdress which match the dark fantasy aesthetic!

Let us not forget the fiction which inspires us!

We would not have this aesthetic without it!

And where would that leave me?